For over seven years I’ve been a bit of a Goodreads addict so when I saw this book tag  on _ForBooksSake’s blog I knew I had to do it to feed my addiction. Get ready for a link heavy post about all things Goodreads!

What was the last book you marked as “read”?

The Betrayal of Ka by Shea Oliver. The author sent me a copy along with probably the best review request I’ve ever received. Read my review here!

What are you currently reading?

I’m a polygamous reader, shamelessly guilty of reading a lot of books at once across audiobook, print, and e-book. I usually have a few genres going as well so I don’t end up suffering from reader fatigue. I finished a bunch of books last week so for once my queue isn’t as long as usual!

What was the last book you marked as TBR?

It’s Sci-Fi and Fantasy Week over on Goodreads (yay!) so thanks to their awesome blog posts highlighting the genre, my TBR has taken a massive hit. I added about a dozen books they featured, the last one being the French novel Empire of the Ants by Bernard Werber. 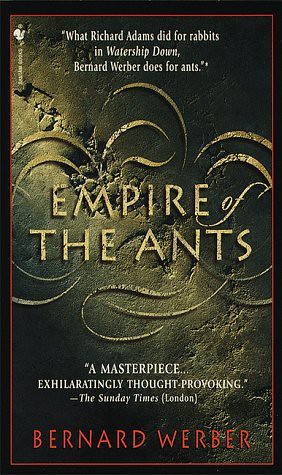 Jonathan Wells and his young family have come to the Paris flat at 3, rue des Sybarites through the bequest of his eccentric late uncle Edmond. Inheriting the dusty apartment, the Wells family are left with only one warning: Never go down into the cellar.

But when the family dog disappears down the basement steps, Jonathan follows–and soon his wife, his son, and various would-be rescuers vanish into its mysterious depths.

Meanwhile, in a pine stump in a nearby park, a vast civilization is in turmoil. Here a young female from the russet ant nation of Bel-o-kan learns that a strange new weapon has been killing off her comrades. To find out why, she enlists the help of a warrior ant, and the two set off on separate journeys into a harsh and violent world. It is a world where death takes many forms–savage birds and voracious lizards, warlike dwarf ants and rapacious termites, poisonous beetles and, most bizarre of all, the swift, murderous, giant guardians of the edge of the world: cars.

Yet the end of the female’s desperate quest will be the eerie secret in the cellar at 3, rue des Sybarites–a mystery she must solve in order to fulfill her special destiny as the new queen of her own great empire. But to do so she must first make unthinkable communion with the most barbaric creatures of all.

What book do you plan to read next?

Leviathan Wakes by James S.A. Corey is one of the most explosive, amazing books I’ve ever read. Now that I’m watching the TV adaptation, The Expanse, I really need to get a move on with the books. I’m going to read them all in the suggested order, including the short stories and novellas, so I’ll be reading the short story The Butcher of Anderson Station first before starting book two, Caliban’s War.

I’ve also got my ARC’s so watch for those reviews, too!

Do you use the star rating system?

Yes! I very rarely rate less than 3 stars for a few reasons, the big one being that I realize writing a book is HARD. God knows I have a half dozen half finished novels laying dormant on the various computers I’ve owned over the years. Also a lot of books I read are indy or self published so I tend to give a little more leeway to those. To get anything less than 3 stars means I really, really didn’t like the book.

Like many GR users, I wish they had a half star rating. So many books I read are somewhere between 3 to 4 stars so I usually end up having to round up or down. I head my reviews with the *actual* star rating I think it deserves.

Are you doing the 2019 Reading Challenge?

I sure am and I’m crushing it! It’s the highest I’ve ever set for myself and I’m doing pretty well, probably because I listen to audiobooks so much more now when I’m doing things around the house, getting ready in the mornings, or walking my doggo.

Do you have a wishlist?

Is this a feature on Goodreads?! If so then I obviously don’t, but my Amazon wishlist for books is pretty astronomical.

What book do you plan to buy next?

Because I’m a library fiend and receive so many ARC’s, I don’t buy a lot of new books unless I loved the free copy enough to want to own it. I do buy a lot of second hand books at various thrift stores and library sales but those are luck of the draw so you can’t go in hoping to buy a specific book.

In saying that, I have pre-ordered The Testaments by Margaret Atwood so I’ll be billed for that in less than a month when it ships out. I. can’t. freaking. wait. 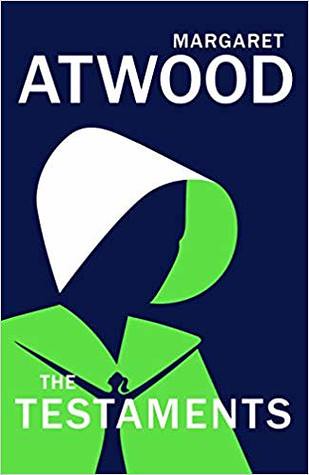 Who are your favourite authors?

John Steinbeck, Sherman Alexie, Daphne DuMaurier, Arthur C. Clarke, Edward Abbey, and Margaret Atwood to name a few. Special shoutout to John Scalzi who is my top new to me author of 2019. I’ve already delightfully worked my way through a lot of his bibliography this year and am still going.

My favourite audiobooks narrators are Wil Wheaton, Kate Mulgrew, and Scott Brick. I will happily to listen to anything they’ve narrated whatever the genre.

Do you have any favourite quotes? Share a few.

I have so many saved on Goodreads, not all book related, but here are some I ranked the highest:

“I guess there are never enough books.” – John Steinbeck

“Life should not be a journey to the grave with the intention of arriving safely in a pretty and well preserved body, but rather to skid in broadside in a cloud of smoke, thoroughly used up, totally worn out, and loudly proclaiming ‘Wow! What a Ride!'” – Hunter S. Thompsoon

“Egypt has been called the Gift of the Nile. Once every year the river overflows its banks, depositing a layer of rich alluvial soil on the parched ground. Then it recedes and soon the whole countryside, as far as the eye can reach, is covered with Egyptologists.” – Will Cuppy, The Decline and Fall of Practically Everybody (one of the funniest books I’ve ever read)

“She wanted to be buried in a coffin filled with used paperbacks.” – Sherman Alexie, Ten Little Indians. <— True story btw

Have you joined any groups?

I’m in quite a few, including one I run for Hugo Award winning novels. The others are mostly challenge related like The Rory Gilmore Book Challenge- which I’ll probably spend the rest of my life trying to complete. That girl could read!

Whew, this was a fun book tag! If you do it, be sure to link back to me so I can see your answers.