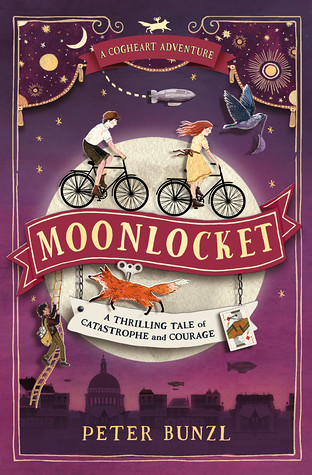 Set in a steampunk London filled with airships and automatons, two children make a discovery that sets them on the run from one of the country’s most dangerous criminals.

Eight months after the events of the previous book, Cogheart, London is preparing for Queen Victoria’s Jubilee celebrations. Things take a dark turn when England’s most dangerous criminal, the escapologist Jack Door, breaks out of prison. While the nation is getting ready for the celebrations, a massive man hunt begins.

Back on Brackenbridge Manor, our main characters Robert and Lily are dealing with troubles of their own. Lily is tired of being defined by her clockwork heart, wanting desperately to prove to the world that she is capable of so much more.

Robert, now living with Lily and her father after the death of his Da, is trying to locate his long missing mother, wanting desperately to have a family again. During his search, Robert discovers a mysterious locket in the shape of a moon, and also crosses paths with the escaped Jack Door, who not only wants the locket for himself, but also seems to want Robert, too.

Written for middle school aged readers, Moonlocket is an absolutely delightful Victorian steampunk romp. Second in the series, Lily and Robert continue their mishaps and adventures in an alternate England where zeppelins, sentient automatons, and steam-carriages are the norm. Even Lily has a clockwork heart keeping her alive (hence the Cogheart series title).

I seem to be on a bit of a roll lately with getting books set later in a series because Netgalley doesn’t always make it obvious that the books you’re reviewing aren’t standalones. Luckily, the author did a fantastic job bringing everyone up to speed so I didn’t feel lost at all in this sequel and really enjoyed reading it. Also, the backdrop of Queen Victoria’s Jubilee was an exciting addition to the story. As these kids were running around London with their cohorts trying to stop Jack and find Robert’s mother, England was in a frenzy getting ready for the party of the century. Don’t worry readers: you get to go to the party, too.

This book was packed with mystery and mayhem, but what really drove it were the characters. Lily, while a bit headstrong and bossy, was a truly caring person who wanted nothing more than to help her best friend and to also prove to the world she is more than her mechanical heart transplant. Robert, still reeling from the death of his father, was going through some pretty intense emotions for a kid. His battle with the stages of grief and in letting himself be loved by another family is a wonderful lesson for young and older readers alike. “Family was who you loved and who loved you.”

It’s a little heavy for a light-hearted adventure story, but it was done in such a seamless way that was accessible and realistic, and would be really beneficial for other young readers who may be dealing with similar internal struggles.

These two children were a lovely team, but what really rounded them out was Lily’s pet “mechanical,” the cheeky Malkin.  I am absolutely in love with that automaton fox. I have my own little pet “fox” who is also pretty cheeky, but as far as I can tell Zorro doesn’t have any clockwork inside him. 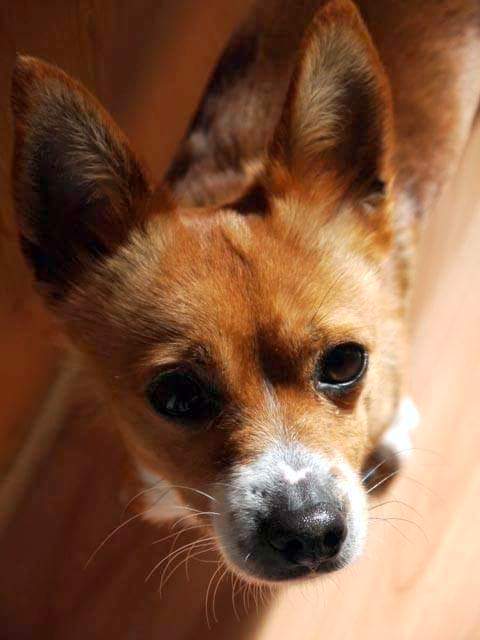 Despite being written for younger readers, I think this charming story would work for most ages. The characters were well rounded for the genre and there was non-stop action that was heightened by all the mechanical wonders filling the setting.

One of my favourite aspects of the story were the exclamations usually made by the mechanical characters. They gave me a giggle everytime and I’m totally going to start using them in everyday life.

I tocking loved this book and plan on reading the rest of the series for a bit of endearing escapism from the humdrum of everyday life. It was a fantastical setting to lose myself within and was filled with a lot of heart (clockwork and otherwise).

A Little Nerd Told Me is a participant in the Amazon Services LLC Associates Program, an affiliate advertising program designed to provide a means for sites to earn advertising fees by advertising and linking to Amazon. This means if you click on the link and purchase the item, I will receive a small commission to help support my blog. There is never any extra cost to you.

1 thought on “Moonlocket by Peter Bunzl (The Cogheart Adventures #2)”