I think I need to be honest here because you all deserve to know the truth. Okay, here it goes…

My book buying ban of 2020 has been an abject failure and for me to continue saying it’s still on is an outright lie. We all know I’m going to keep buying books despite the fact I literally have hundreds on my shelves I haven’t read. It’s time to face reality.

Whew! It feels good to get that off my chest. So, in following with this vein of honesty, we have this week’s Top Ten Tuesday (hosted by That Artsy Reader Girl). Because I literally have no self-control, I actually do have 10 very recent books that have been added to my shelves this month.

I, Q by John De Lancie and Peter David 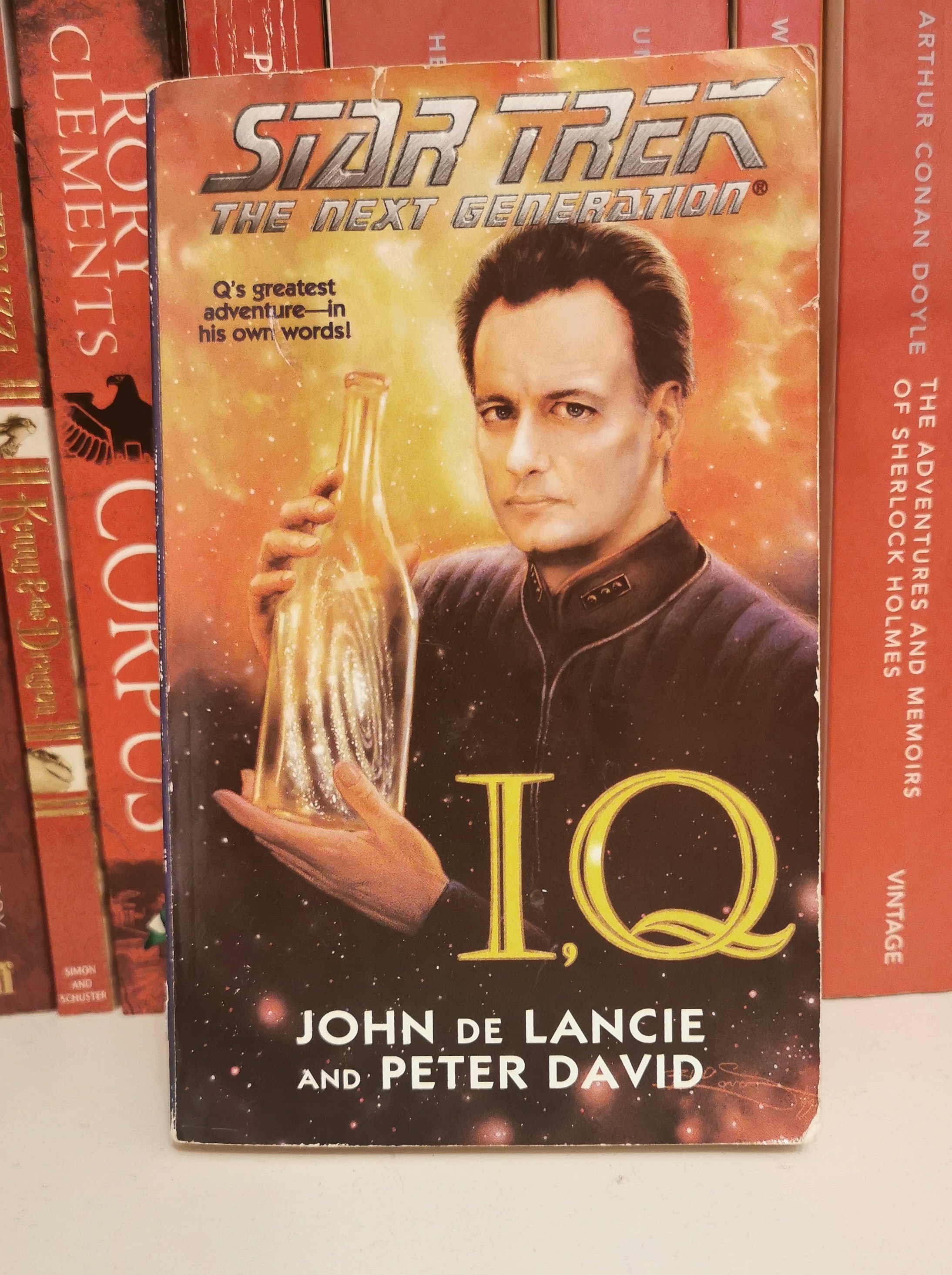 This was a gift from my husband as part of an inside joke. One of the Star Trek groups we’re in online has a bit of an obsession with a Star Trek plate one of the members found in a thrift store. It was a beautifully hideous thing with a picture of John De Lancie on it dressed as his character Q as he appeared in the first episode of The Next Generation.

The plate became such a huge joke that one just recently sold on eBay for £120 after a bitter bidding war among some of the group’s members. Whoever sold that plate must be going, “What the actual heck just happened?!”

Last weekend when my husband said he was going to look around the thrift stores in town for vintage video games, I told him he better find me a Q plate or to not bother coming home. Instead he came back with this book and in my opinion it’s just as awesome as a plate. Cheaper, too!

The Rise and Fall of the Dinosaurs by Steve Brusatte 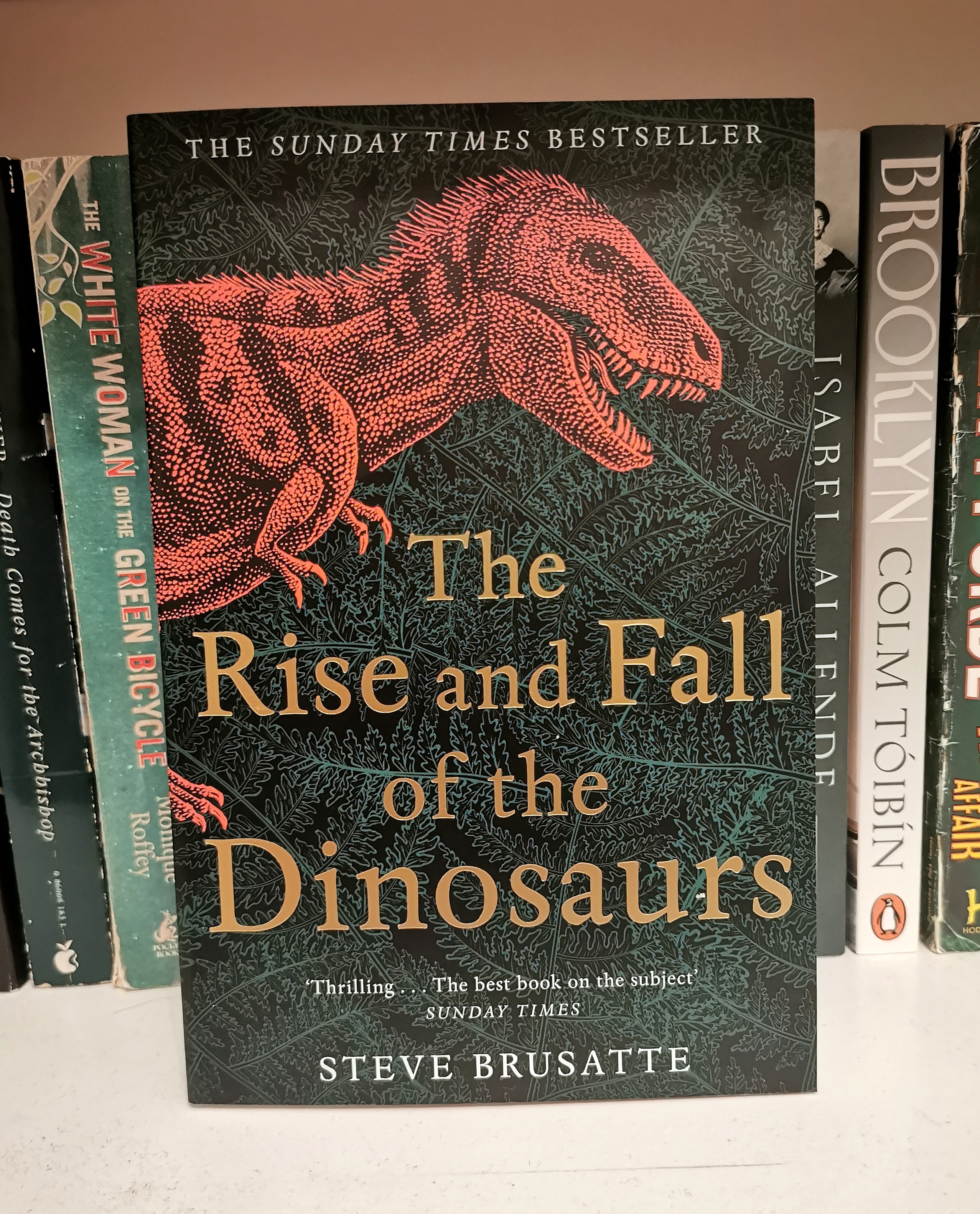 This was one of the books I was hoping would appear under my Christmas tree. It didn’t, but an Amazon gift card from work did so I used it to buy the books I had wanted but didn’t receive.

The Planets by Andrew Cohen with Professor Brian Cox 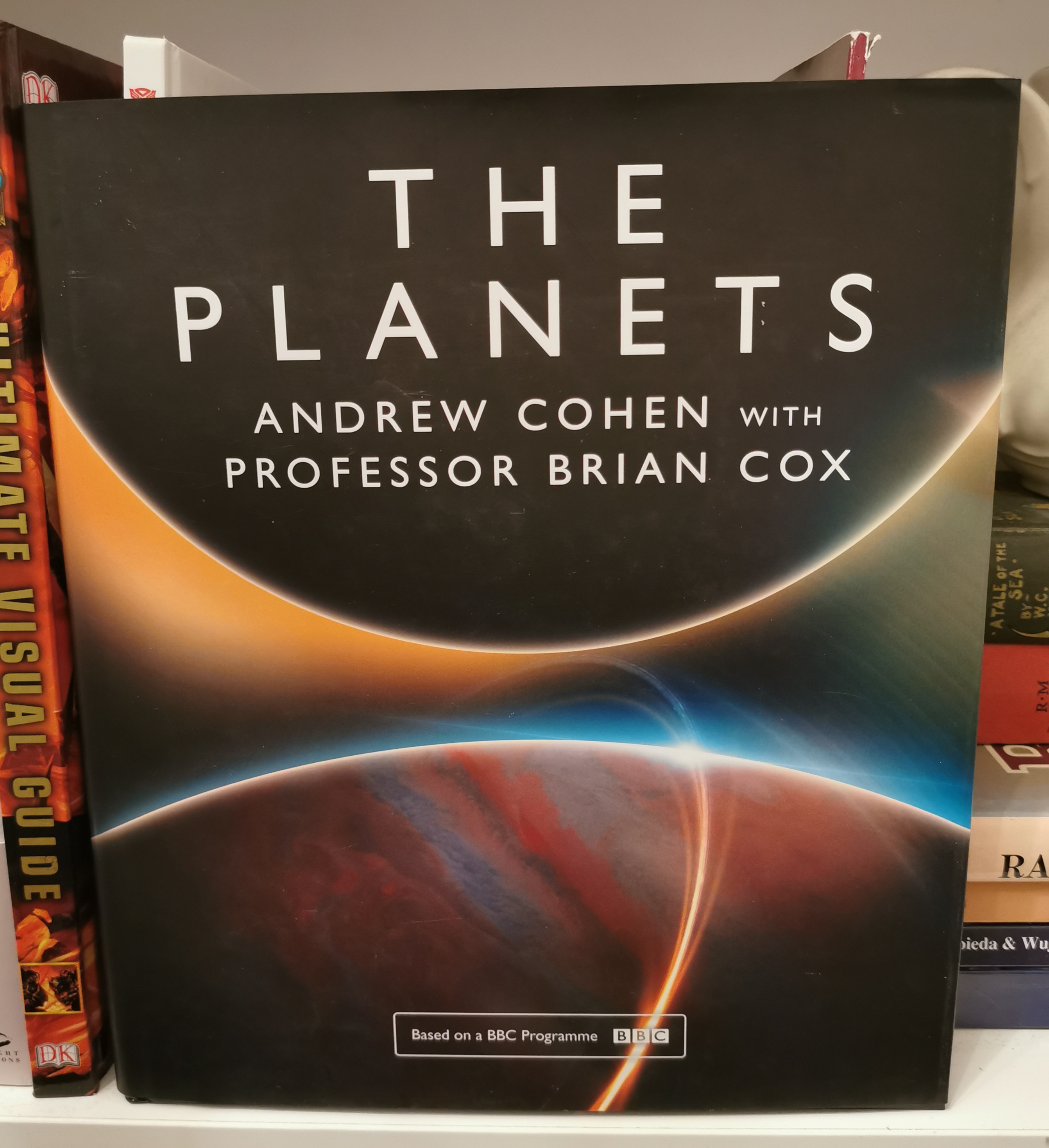 This was one of the first books to break my book buying ban. Not only is it educational, but it’s pretty. Plus when my husband and I went to San Francisco for our USA wedding, we attended a lecture with Professor Brian Cox and met him afterward. So really, it would have been rude to not buy one of his books.

The Romanovs by Simon Sebag Montefiore 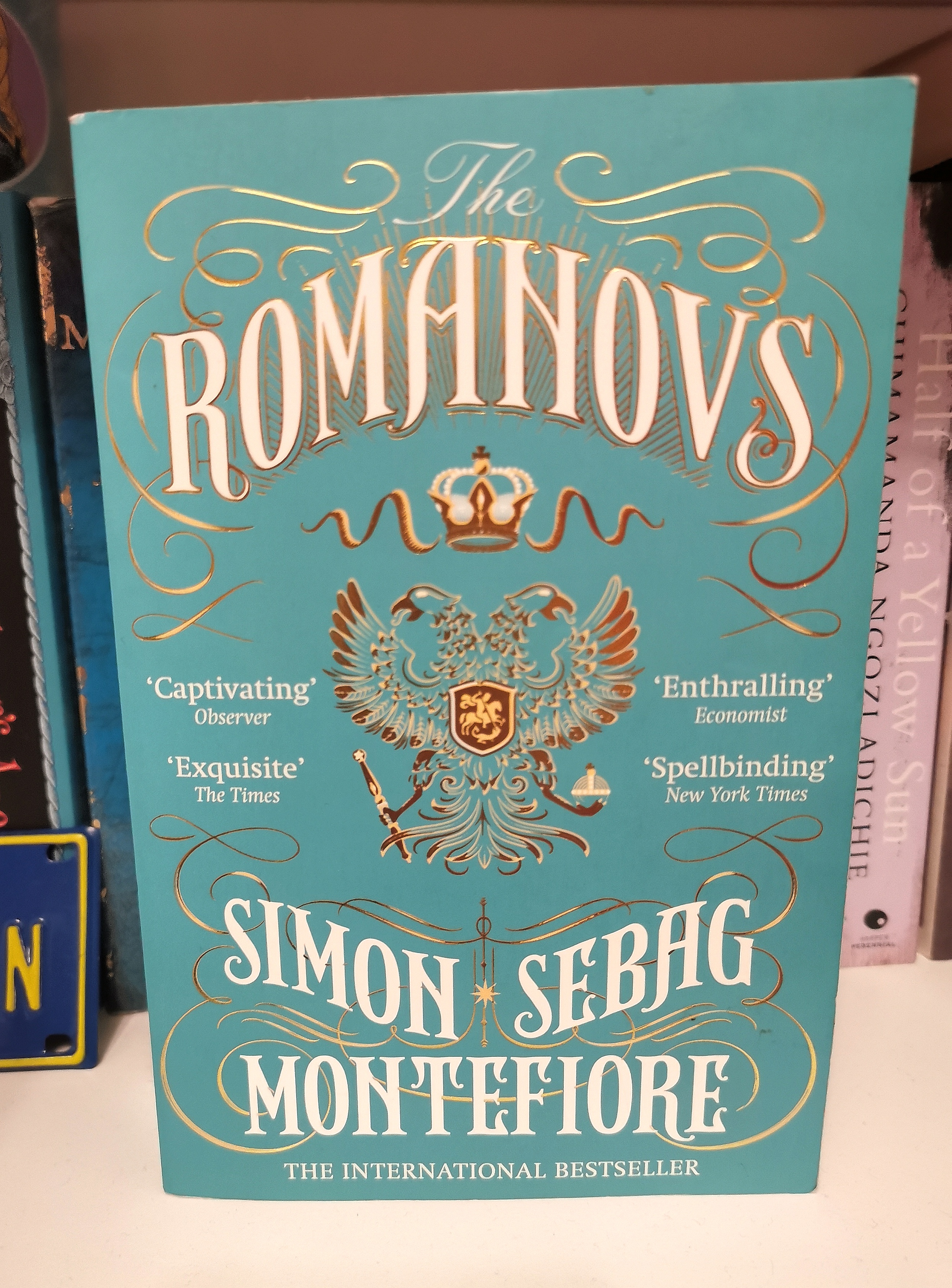 Another one I had hoped to see under my tree but ended up buying with my Amazon gift card. We’re going to Russia later this year so I want to try to read as many books about the country as possible.

The Last Wish by Andrzej Sapkowski 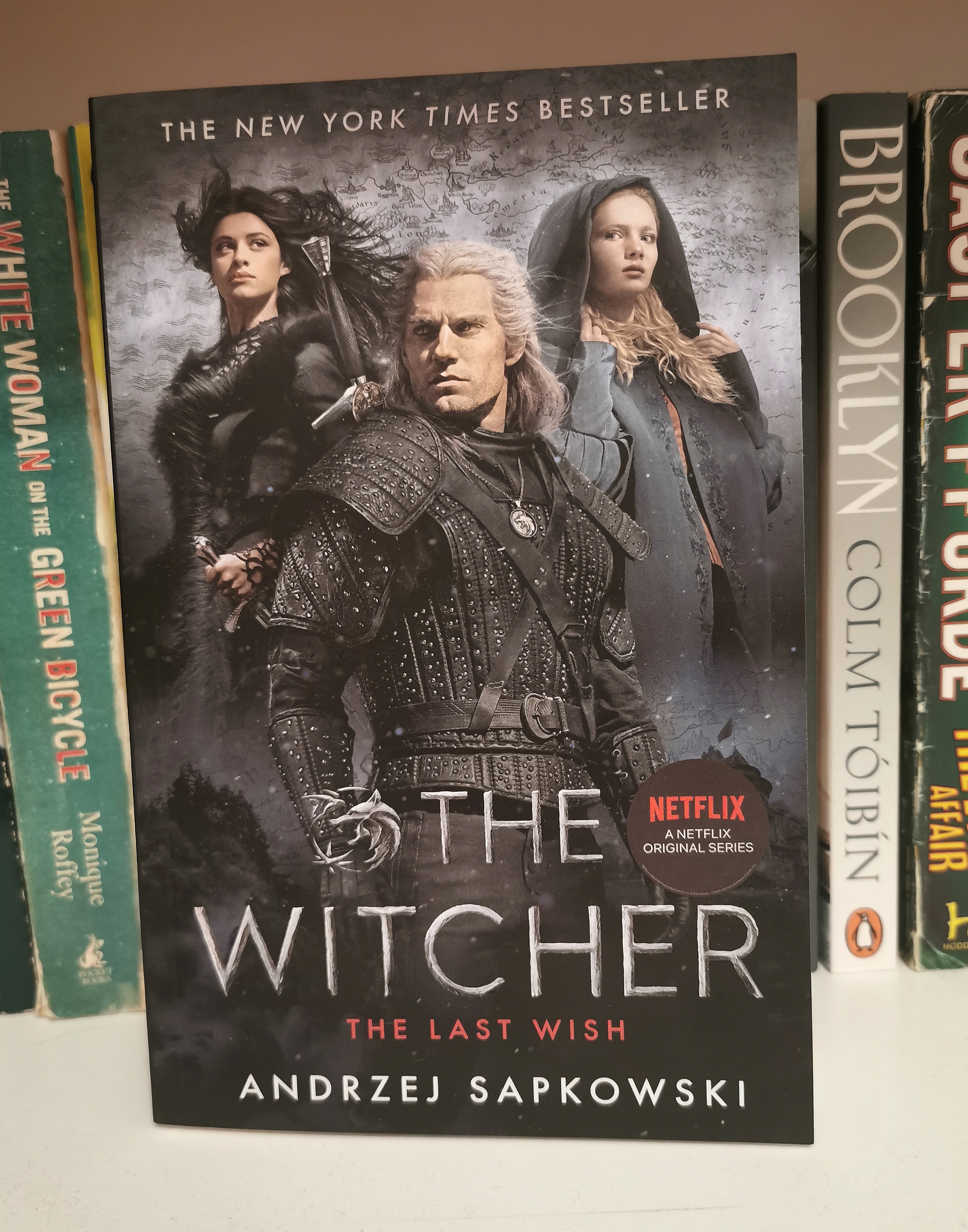 I’ve been meaning to read the books for years since I love the games so much. The TV adaptation is AMAZING so I figured it was time to get reading. This is a collection of stories that are said to be the best starting point because they give you a lot of background on the universe the characters live in.

Normally I avoid books with the TV/movie poster on it, but this time around I’m absolutely fine with the cover art. I wonder why… 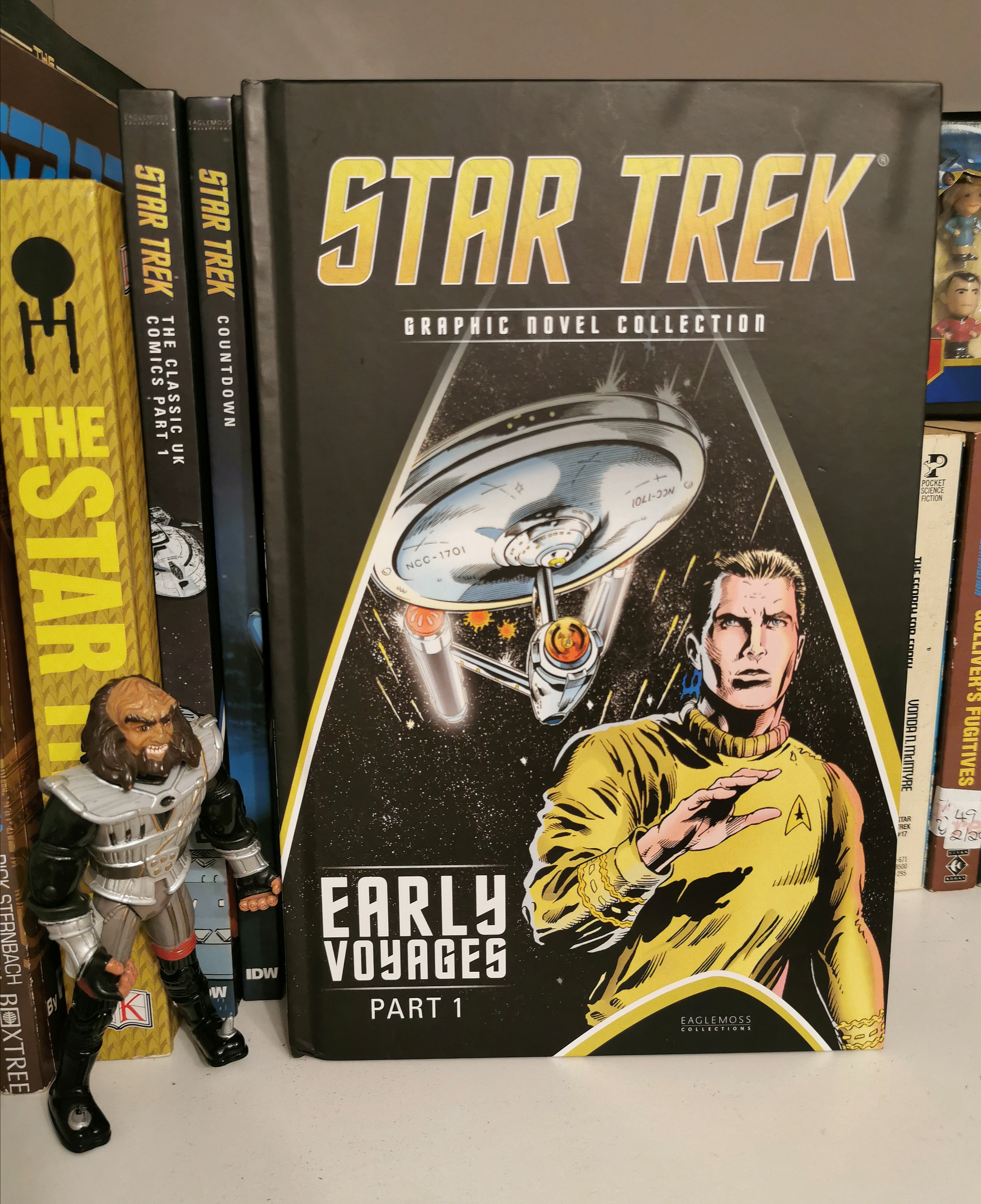 I like Star Trek, okay? When I was in Romania last year, I came across a few Star Trek graphic novels in a discount bookstore. I was so excited to not only find books in English, but also ones with one of my favorite captains of all time, Captain Pike. They only had the second Early Voyages book, though, so when I saw Part I in a discount bookstore here in the UK I had to buy it. 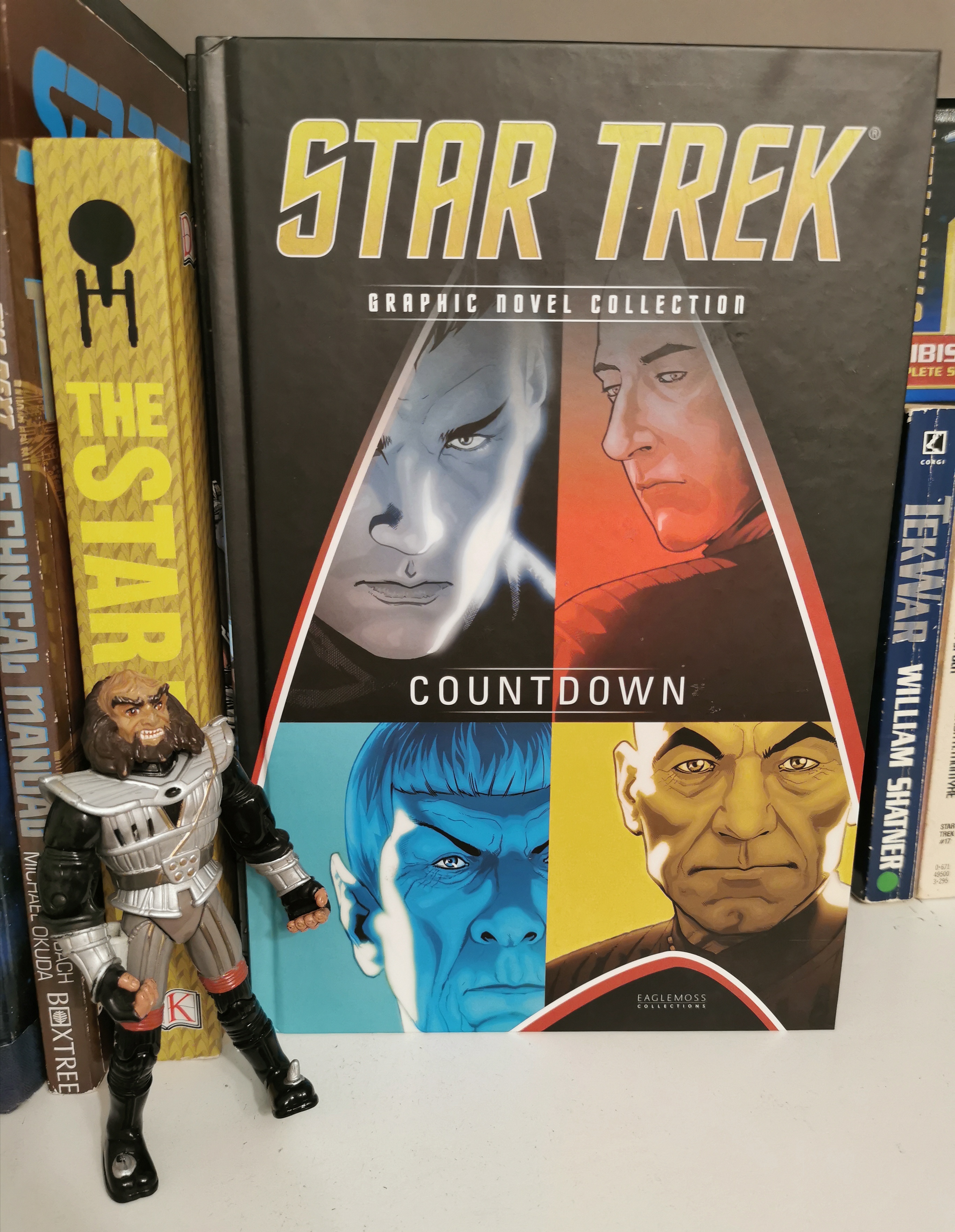 And then of course I bought a couple of the other Star Trek graphic novels they had. 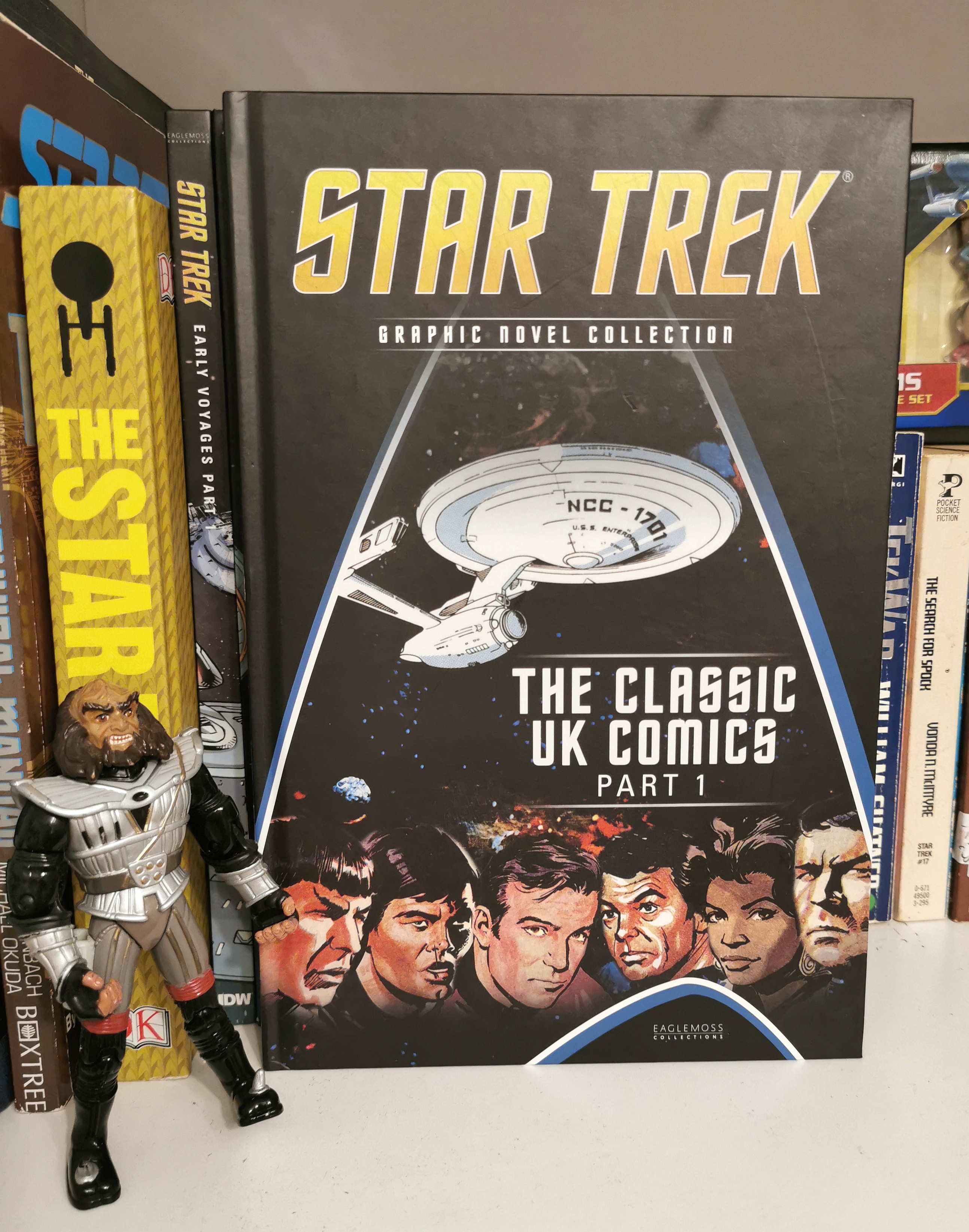 Look, Gowron there says buying these books has brought glory to my house so if he says he’s okay with it then that’s good enough for me. 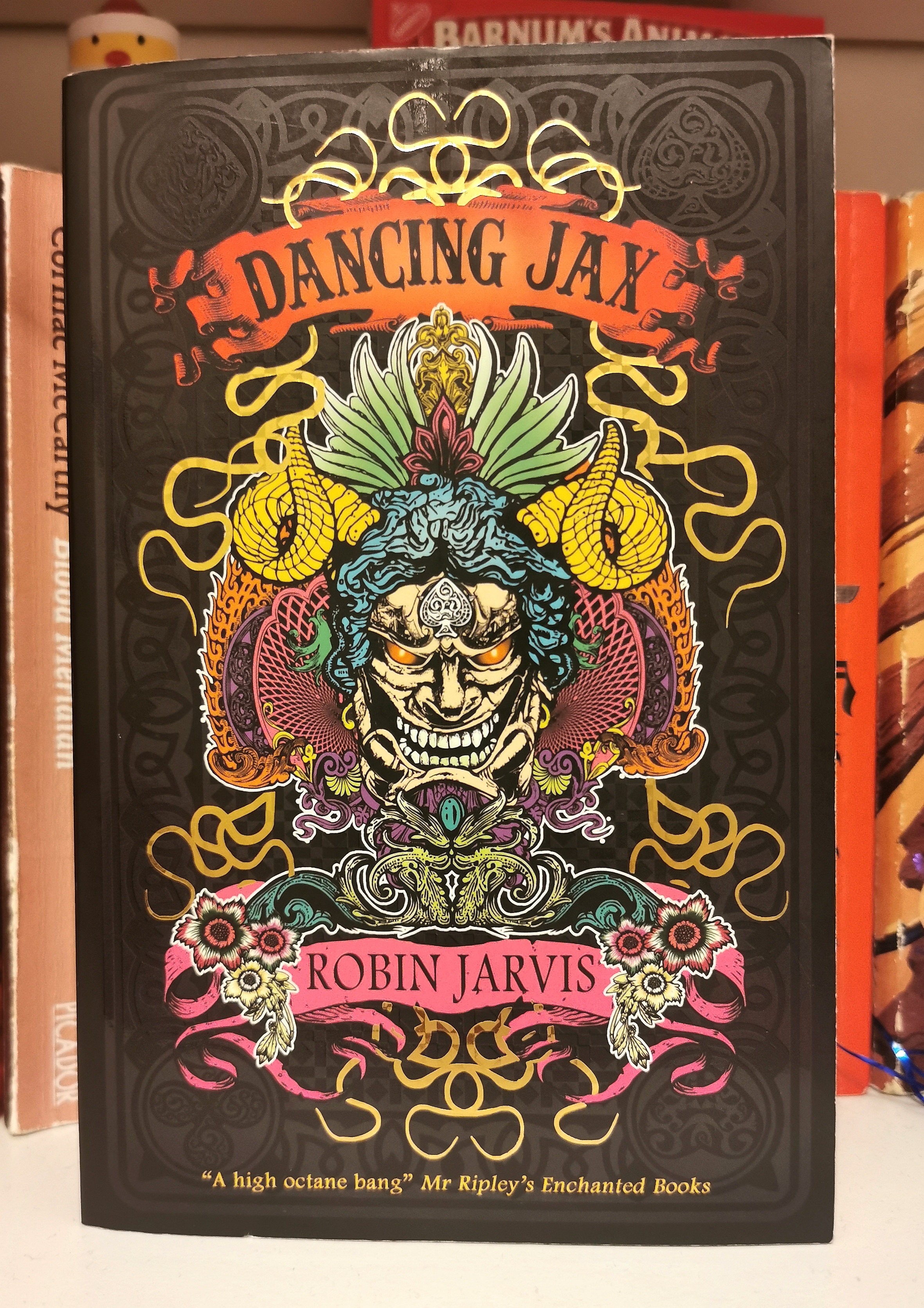 This book was a whim from a thrift store. The cover is so gorgeous that I bought it without really looking any further into it, but after reading some reviews on Goodreads it seems like it’ll be a pretty fun ride. 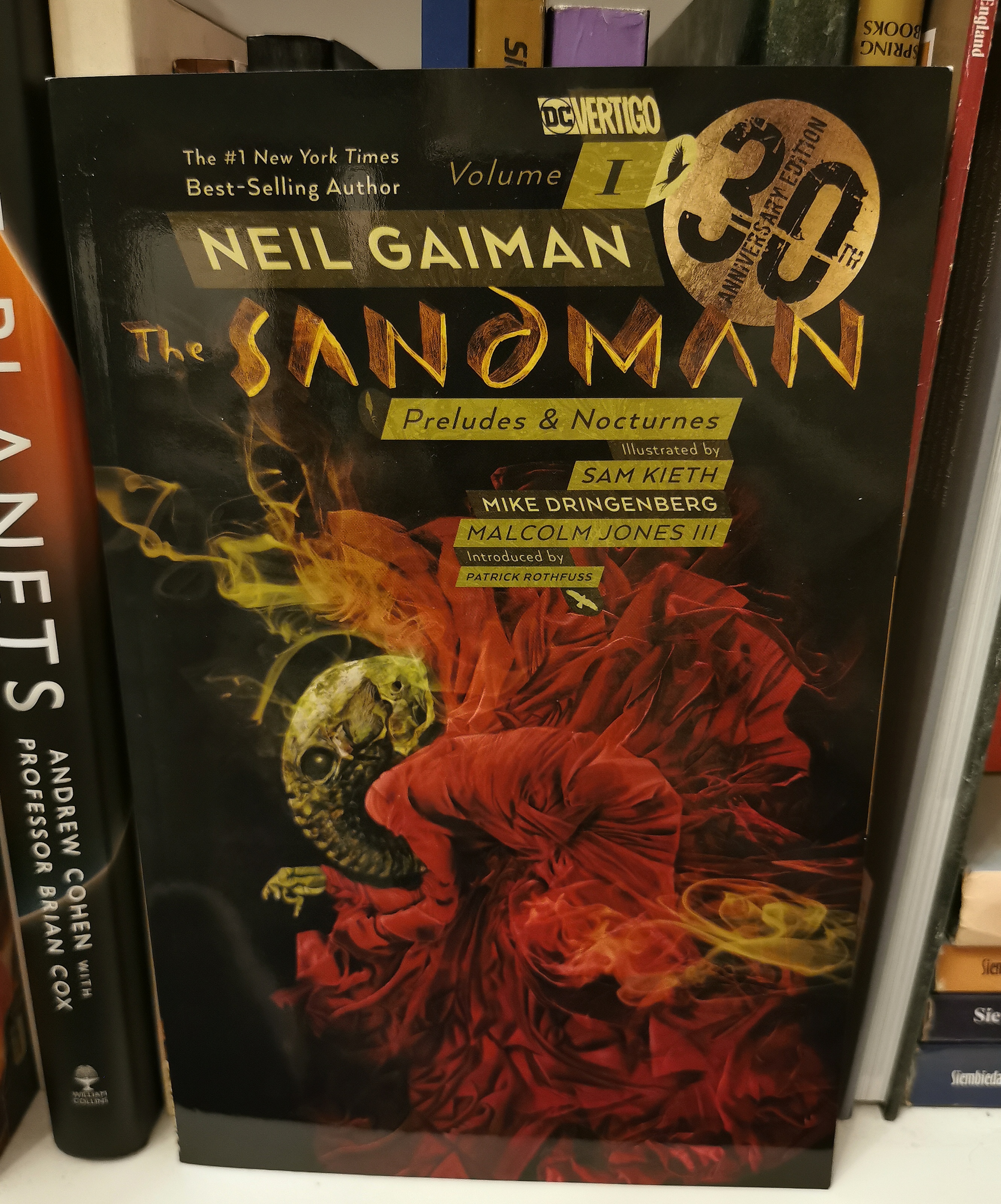 When I heard that an adaptation of The Sandman was heading our way, I could barely contain my excitement. That’s when I found out my husband hasn’t read any of the Sandman comics. My copies got lost somewhere between California and the UK so I bought Volume I for us to both read. It doesn’t count as breaking a book buying ban when you buy books for other people, right?

Have you read any of these? Which recent books have debuted on your own bookshelves? Let me know in the comments!

15 thoughts on “Top Ten Tuesday: The Ten Most Recent Additions to My Bookshelf”