Goodreads Monday is a weekly book tag that was started by Lauren’s Page Turners. Each week you choose a book at random from your Goodreads TBR and explain why you want to read it. Given that my TBR on Goodreads is completely out of control I should be able to participate in this tag until the end of time. 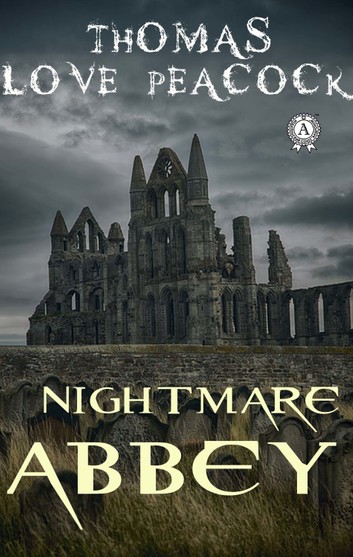 This 1818 novel is set in a former abbey whose owner, Christopher Glowry, is host to visitors who enjoy his hospitality and engage in endless debate. Among these guests are figures recognizable to Peacock’s contemporaries, including characters based on Lord Byron and Samuel Taylor Coleridge. Mr. Glowry’s son Scythrop (also modeled on a famous Romantic, Peacock’s friend Percy Bysshe Shelley) locks himself up in a tower where he reads German tragedies and transcendental philosophy and develops a “passion for reforming the world.” Disappointed in love, a sorrowful Scythrop decides the only thing to do is to commit suicide, but circumstances persuade him to instead follow his father in a love of misanthropy and Madeira.

In addition to satire and comic romance, Nightmare Abbey presents a biting critique of the texts we view as central to British romanticism.

Why I want to read it:

Whenever I see the author’s name I always end up giggling a little because of a running joke in the TV show Arrested Development. I can’t help but read “Thomas Love Peacock”  like one of the banners the Bluth family makes for Michael. 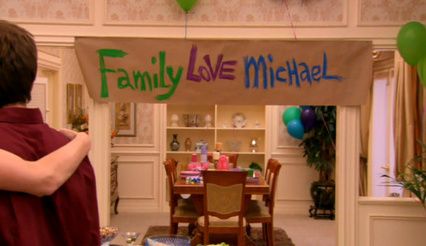 However, I should probably discus the non-Arrested Development reasons for wanting to read this book! A couple of year ago I read another gothic satire, Northanger Abbey, written by none other than Jane Austen. It was an enjoyable read and when I mentioned it to a fellow bookworm friend of mine they suggested I should read Nightmare Abbey.

When I went to add it to my Goodreads “Want to read” shelf I realized it was already on there so I bumped it up a bit, hoping to get to it sooner rather than later. I have yet to actually read it, but hopefully I’ll get around to it soon as it seems like it’ll be a fun read.

Have you read this book? Are you doing Goodreads Monday posts? Let me know in the comments!