Hello, readers! It’s the start of a new week so that means it’s Goodreads Monday.

Goodreads Monday is a weekly book tag that was started by Lauren’s Page Turners. Each week you choose a book at random from your Goodreads TBR and explain why you want to read it. Given that my TBR on Goodreads is completely out of control I should be able to participate in this tag until the end of time. 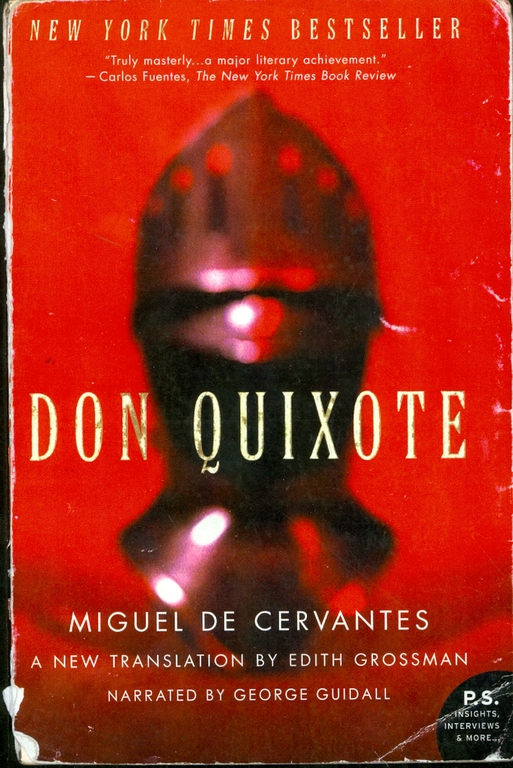 Don Quixote has become so entranced by reading chivalric romances that he determines to become a knight-errant himself. In the company of his faithful squire, Sancho Panza, his exploits blossom in all sorts of wonderful ways. While Quixote’s fancy often leads him astray—he tilts at windmills, imagining them to be giants—Sancho acquires cunning and a certain sagacity. Sane madman and wise fool, they roam the world together, and together they have haunted readers’ imaginations for nearly four hundred years.

With its experimental form and literary playfulness, Don Quixote has been generally recognized as the first modern novel. The book has been enormously influential on a host of writers, from Fielding and Sterne to Flaubert, Dickens, Melville, and Faulkner, who reread it once a year, “just as some people read the Bible.”

Why I want to read it:

Lately I’ve been trying to read books that aren’t too intense or depressing, paying particular attention to avoiding anything dystopian. I don’t think it’s a genre many of us can handle right now!

In that vein, I was looking through lists of books considered to be the funniest ever written and Don Quixote was a title that was listed often. I’ve been meaning to read it for years but have always been put off by its length. Not to say I don’t know what the basic story is about- I use the phrase “tilting at windmills” as often as I can because it’s just so fun to say.

Fun fact: when I had my head injury and was suffering from aphasia, I would find myself able to discuss some really complex things while struggling to talk about the most basic of things. I used the tilting at windmills phrase when we were out walking our dog and he was barking insanely at a plastic bag on the sidewalk. My husband asked what it meant and I was able to give a fairly detailed explanation on the term and Don Quixote. However, when he asked me later that day what I was doing in the kitchen for so long, I couldn’t find the words to tell him that I was looking for extra coffee filters. I eventually managed to get out, “I need the white things you put the happy beans in!”

I’m not sure when I’ll get around to reading the book, but I hope it’s sooner rather than later. In the meantime, maybe I can dip my toe in the water with this awesome looking comic book I found online: 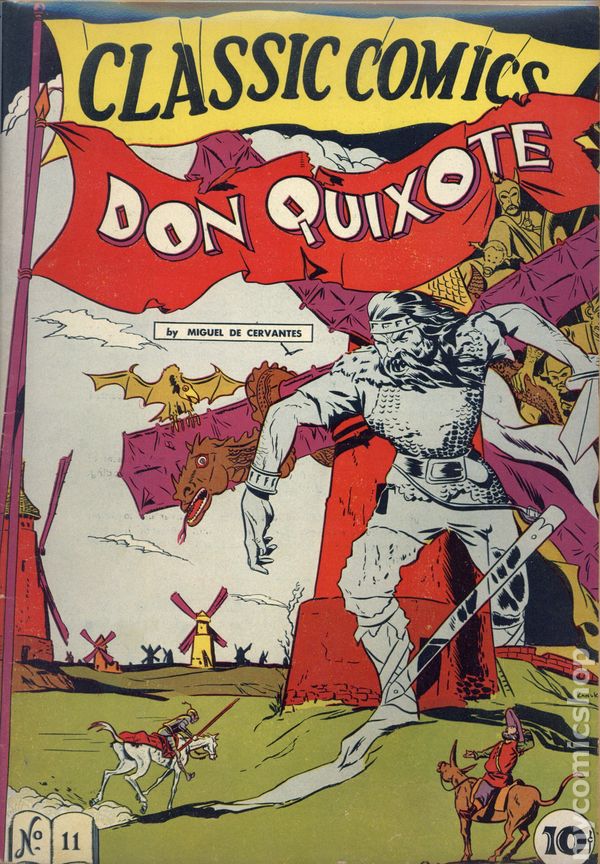 Have you read Don Quixote? Do you participate in Goodreads Monday? Let me know in the comments!