It’s everyone’s favorite book tag again, Top Ten Tuesday! Hosted by That Artsy Reader Girl, this week’s topic is about books that give you a warm summery feeling. I don’t tend to read any particular genres over the summer, meaning my beach reads can be anything from a heavy tome about ancient Persia to sci-fi blockbusters to gritty crime novels. So instead I’ve opted to go with books that gave me fuzzy summer vibes as I read them.

Fear and Loathing in Las Vegas by Hunter S. Thompson 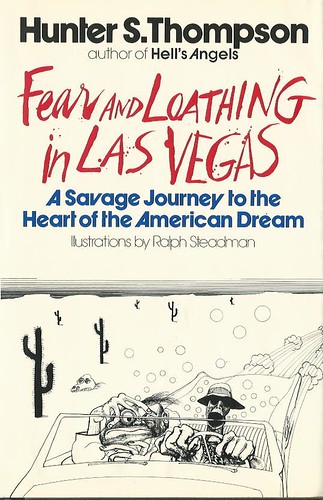 One of the most quotable books ever written, it’s hard to think of summer and warmer days without thinking of this drug-fuelled journey through the desert and Vegas.

“The story follows its protagonist, Raoul Duke, and his attorney, Dr. Gonzo, as they descend on Las Vegas to chase the American Dream through a drug-induced haze, all the while ruminating on the failure of the 1960s countercultural movement.” 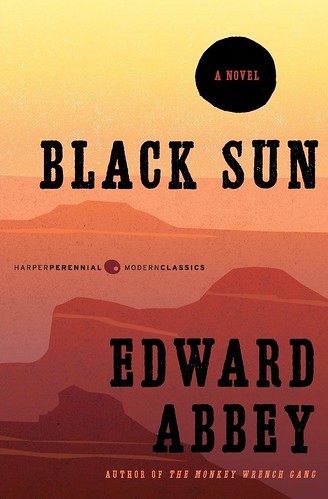 This was a random read I picked up at my university library when I was looking for something that was most definitely not an academic journal. I blew through this beautiful story in one sitting, unable to tear myself away from the characters and the backdrop of the Grand Canyon that was almost a character in itself. Abbey based some of it on his time as a fire lookout in the fire tower near the North Rim.

I mentioned another book of his, Desert Solitaire, in my previous post, but Black Sun is my favorite of his. Both are essentially love letters to the rugged majesty of the American Southwest.

“A bittersweet love story, is about a forest ranger – loner, iconoclast, lover of the rugged life – who falls for an utterly beguiling freckle-faced woman half his age and then becomes wrongly blamed when she mysteriously disappears in the nearby Grand Canyon National Park.”

The Invincible Summer of Juniper Jones by Daven McQueen

Due for release soon, The Invincible Summer of Juniper Jones completely encompassed my entire soul. My review will be coming in a couple weeks, but for now just know that this is a phenomenal book that is all the more poignant given everything that’s happening in the US.

“It’s the summer of 1955. For Ethan Harper, a biracial kid raised mostly by his white father, race has always been a distant conversation. When he’s sent to spend the summer with his aunt and uncle in small-town Alabama, his Blackness is suddenly front and center, and no one is shy about making it known he’s not welcome there. Except for Juniper Jones, the town’s resident oddball and free spirit, she’s everything the townspeople aren’t—open, kind, and full of acceptance.

Armed with two bikes and an unlimited supply of root beer floats, Ethan and Juniper set out to find their place in a town that’s bent on rejecting them. As Ethan is confronted for the first time by what it means to be Black in America, Juniper tries to help him see the beauty in even the ugliest reality, and that even the darkest days can give rise to an invincible summer.”

Summer of My German Soldier by Bette Greene 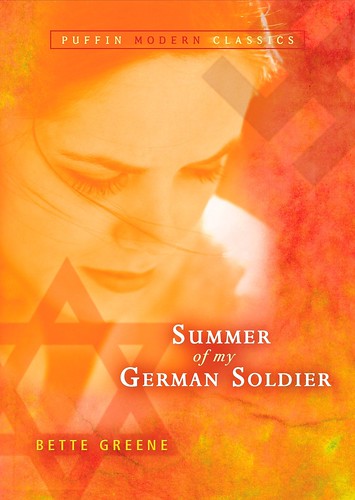 This book was one of my earliest introductions to World War II and Nazi Germany. Given to me in middle school by my mother, it became an instant favorite of mine. It’s definitely long overdue for a re-read.

“Minutes before the train pulled into the station in Jenkinsville, Arkansas, Patty Bergen knew something exciting was going to happen. But she never could have imagined that her summer would be so memorable.

“German prisoners of war have arrived to make their new home in the prison camp in Jenkinsville. To the rest of her town, these prisoners are only Nazis. But to Patty, a young Jewish girl with a turbulent home life, one boy in particular becomes an unlikely friend. Anton relates to Patty in ways that her mother and father never can. But when their forbidden relationship is discovered, will Patty risk her family and town for the understanding and love of one boy?” 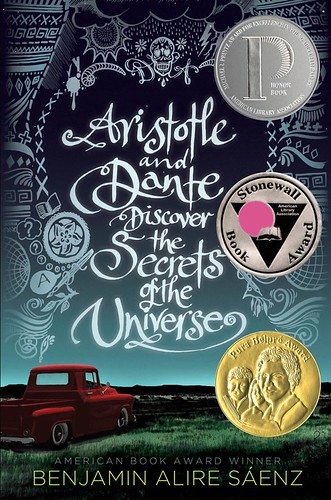 Another book that got me right in my feels was Aristotle and Dante. Before this, I hadn’t read too many YA LGBTQ+ novels, but this cemented the genre for me and I haven’t looked back. I can’t recommend this book enough to readers of all ages.

“Aristotle is an angry teen with a brother in prison. Dante is a know-it-all who has an unusual way of looking at the world. When the two meet at the swimming pool, they seem to have nothing in common. But as the loners start spending time together, they discover that they share a special friendship–the kind that changes lives and lasts a lifetime. And it is through this friendship that Ari and Dante will learn the most important truths about themselves and the kind of people they want to be.”

Divine Secrets of the Ya-Ya Sisterhood by Rebecca Wells 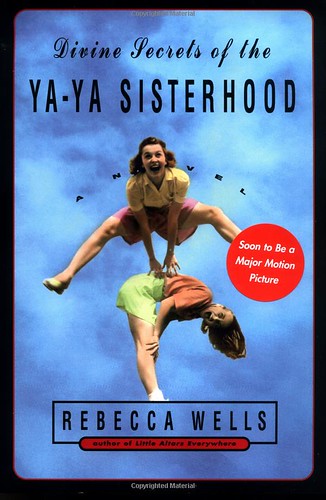 Although at times a little saccharine, Ya-Ya was a delightful novel of female friendship set deep within Louisiana. The southern setting has stuck with me all these years later, especially the scenes where the women are draped across garden furniture, unable to do much more than fan themselves in the sweltering heat of a bayou summer.

Devastated, Sidda begs forgiveness and postpones her upcoming wedding. All looks bleak until the Ya-Yas step in and convince Vivi to send Sidda a scrapbook of their girlhood mementos, called Divine Secrets of the Ya-Ya Sisterhood. As Sidda struggles to analyze her mother, she comes face to face with the tangled beauty of imperfect love, and the fact that forgiveness, more than understanding, is often what the heart longs for.”

To Kill a Mockingbird by Harper Lee 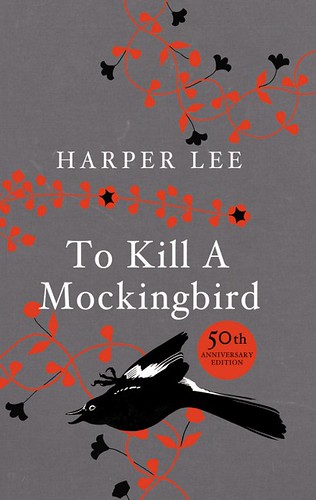 What list about bookish summers would be complete without To Kill a Mockingbird? I think just about everyone can agree over the book’s credentials and its impact on the literary world.

“The unforgettable novel of a childhood in a sleepy Southern town and the crisis of conscience that rocked it, To Kill A Mockingbird became both an instant bestseller and a critical success when it was first published in 1960. It went on to win the Pulitzer Prize in 1961 and was later made into an Academy Award-winning film, also a classic.” 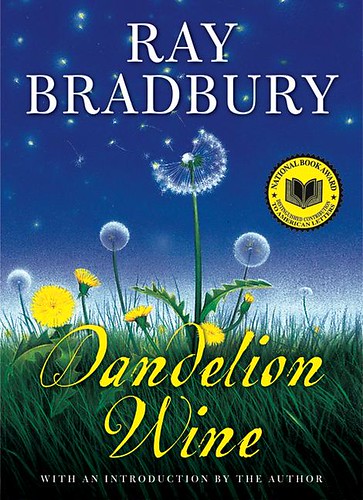 Set within one summer in the 1920s, Dandelion Wine is about the adventures of several boys within the fictional Illinois town of Green Town.

“The summer of ’28 was a vintage season for a growing boy. A summer of green apple trees, mowed lawns, and new sneakers. Of half-burnt firecrackers, of gathering dandelions, of Grandma’s belly-busting dinner. It was a summer of sorrows and marvels and gold-fuzzed bees. A magical, timeless summer in the life of a twelve-year-old boy named Douglas Spaulding—remembered forever by the incomparable Ray Bradbury.” 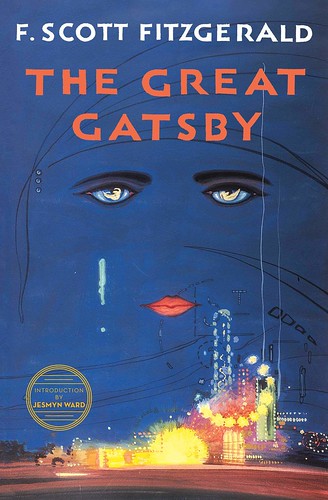 Do you summer on the Long Island Sound? Jay Gatsby & Co. certainly did, babydoll.

“This exemplary novel of the Jazz Age has been acclaimed by generations of readers. The story is of the fabulously wealthy Jay Gatsby and his new love for the beautiful Daisy Buchanan, of lavish parties on Long Island at a time when The New York Times noted “gin was the national drink and sex the national obsession,” it is an exquisitely crafted tale of America in the 1920s.”

Ready Player One by Ernest Cline 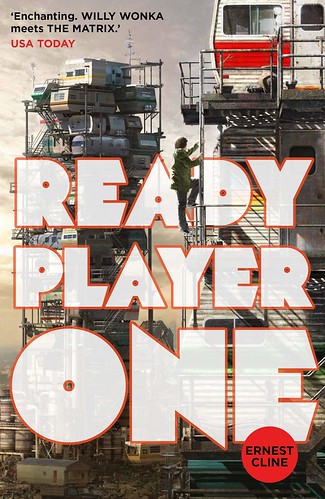 Not necessarily a book about summer adventures, the events of Ready Player One did remind me, however, of those awesome movies in the 80’s about kids being kids on summer break. The movie is so-so, but the book is awesome. So awesome in fact that I read it again as an audiobook narrated by Wil Wheaton- who made the book come even more alive.

“IN THE YEAR 2044, reality is an ugly place. The only time teenage Wade Watts really feels alive is when he’s jacked into the virtual utopia known as the OASIS. Wade’s devoted his life to studying the puzzles hidden within this world’s digital confines, puzzles that are based on their creator’s obsession with the pop culture of decades past and that promise massive power and fortune to whoever can unlock them.

But when Wade stumbles upon the first clue, he finds himself beset by players willing to kill to take this ultimate prize. The race is on, and if Wade’s going to survive, he’ll have to win—and confront the real world he’s always been so desperate to escape.”

Have you read any of these? Which books make it to your TTT? Let me know in the comments!

10 thoughts on “Top Ten Tuesday: Books that Give Off Summer Vibes”