This week’s Top Ten Tuesday, hosted by That Artsy Reader Girl, was a little bit harder for me than usual. It doesn’t help that I decided to make it more difficult for myself by doing one book each for the numbers 1 through 10. 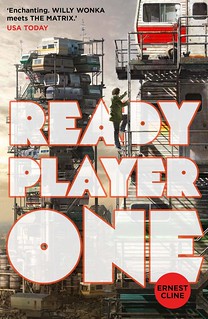 I rarely re-read books because my TBR is astronomincal, but this was an exception. RPO is a flipping fantastic book, easily one of my favourites of the past few years. When it was getting close to the movie premiere, I decided to re-read it but as an audiobook narrated by Wil Wheaton. It was my first time listening to one of his narrations and I immediately fell in love. He’s now my go-to narrator and I can’t recommend his work enough. 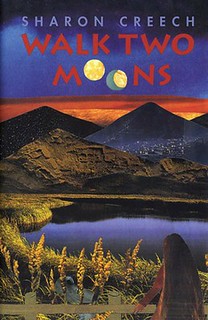 A beautiful young adult story I read in middle school. It deserves a re-read by adult me so if I ever make any progress on my looming TBR Mountain I’ll probably pick it up again. 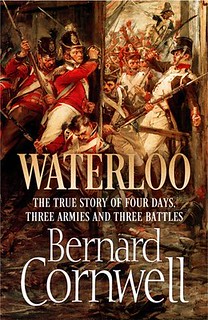 About a year and a half ago we went to Belgium for a short break. Ever since I saw the movie In Bruges I have been dying to go to Bruges. So that was our first stop, complete with me quoting the movie nonstop at the various different filming locations, swear jar be damned.

My husband on the other hand, being the warporn addict he is, loves everything to do with Waterloo so that was our next stop. He’s a tad obsessed with Bernard Cornwell’s Sharpe books and the Sean Bean TV adaptation. I love Cornwell, but I haven’t actually read any of the Sharpe books so I don’t share that love yet.

To be able to fully enjoy and understand everything we saw at the battlefield, I decided to buy not only a guidebook to Waterloo but also bought Cornwell’s absolutely incredible book, Waterloo. Both really helped me put it all into context and made me appreciate what we were seeing while we were there.

It also helped that, totally unbeknownst to us, a live reenactment was taking place the afternoon we went to mark the anniversary of the bloody battles. Obviously it wasn’t quite on the scale of the actual fighting, but it was still awesome to see Napoleon charging on horseback (even if I knew how it was going to pan out for him).

The Rule of Four 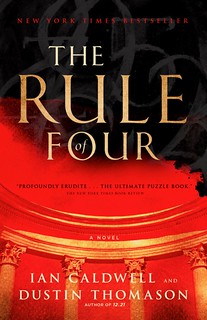 This was a buddy read with my mom when it was first released in the early 2000’s. We both devoured it in just a few days and couldn’t stop talking about it for months afterward. Co-written by two friends after they graduated from college, it’s a twisty and compelling thriller that I still think about often over a decade later.

A dark novel with a gutpunch ending set in the Australian outback. It’ll definitely keep you guessing and will most likely keep you up at night, too. Read my review here!

Daisy Jones and the Six 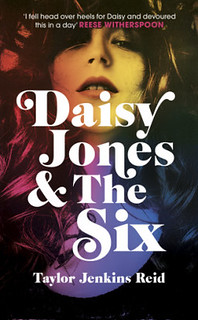 Sent to me by Penguin, this was my first ever ARC that wasn’t a Goodreads Giveaway prize. Much like Reese Witherspoon, I blew through this in just a couple sittings. I honestly didn’t think I’d like it as the blurb described it as being about the most amazing, beautiful girl ever and in the dumpster fire that is 2018/2019, who wants to read that? The interview format of the book was new to me, too.

In the end I utterly adored it. My only real gripe was that the book really needed to come with a soundtrack, but luckily it’s being developed as a TV show so hopefully I’ll get to hear the music sooner rather than later.

The Seven Husbands of Evelyn Hugo 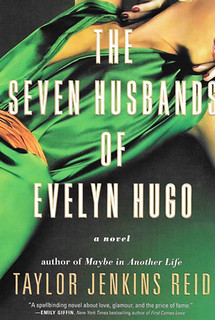 It’s not often that books destroy me emotionally, but boy oh boy did this one manage it. I read it about a week ago and I’m still reeling. Because I loved the author’s other book Daisy Jones, I decided to finally read this much-praised novel and I wasn’t disappointed. I’m just emotionally exhausted in that way only the best of books can leave you. 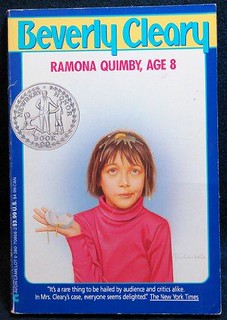 Were you ever even a young girl if you didn’t read any of the Ramona books? I read and re-read Beverly Cleary’s books several times as a kid, but Ramona Quimby, Age 8 was always my favourite. 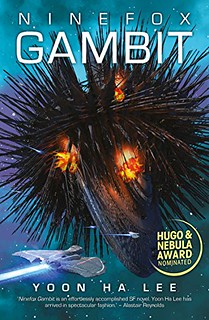 People either love or hate this book, there aren’t many readers who fall in between. For those not familiar with military science fiction, the author’s writing style can be a little jarring. You’re dumped into a fully developed universe with almost no explanation, left to figure everything out as you go along.

It’s confusing, but ultimately worth it in the end. If you do read it, I highly recommend reading the author’s collection of short stories, poems, and flash fiction set within the same universe. Hexarchate Stories really made me understand and appreciate the setting and characters in the series far better than I had previously. Read my review of the collection here. 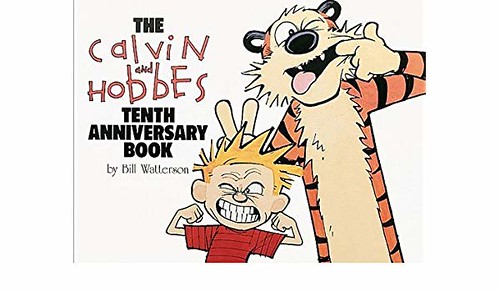 Ever since I was old enough to read the comics in the Sunday paper, I have been in love with Calvin and Hobbes. When it came time to decide which quotes and readings we wanted for our wedding, I pulled out my Tenth Anniversary Book copy of C&H strips. That kid and his imaginary tiger were pretty great philosophers afterall.

We had two of my closest friends read this one during the reception:

Calvin: What’s it like to fall in love?
Hobbes: Well… say the object of your affection walks by. First, your heart falls into your stomach and splashes your innards. All the moisture makes you sweat profusely. This condensation shorts the circuits to your brain and you get all woozy. When your brain burns out altogether, your mouth disengages and you babble like a cretin until she leaves.
Calvin: THAT’S LOVE?!?
Hobbes: Medically speaking.
Calvin: Heck, that happened to me once, but I figured it was cooties!

Have you read any of these? Which books made it to your TTT this week? Let me know in the comments!

8 thoughts on “Top Ten Tuesday: Book Titles with Numbers in Them”