Even though I’m American, I don’t celebrate Thanksgiving. There are several reasons why, but it’s mostly because of the problematic history behind the holiday and the continuous oppressive treatment of indigenous peoples in America.

Being Yaqui descent, it’s not really a holiday that brings me much joy. When I’m in the United States on this holiday, I usually hitch a ride on a boat in the early hours of the morning and head to Alcatraz for the annual Indigenous People Sunrise Ceremony.

If you’re ever in the Bay Area on Thanksgiving, I highly recommend going. It’s an unparalleled experience! Also take a look at the history of Alcatraz and Indian rights, it’s fascinating. 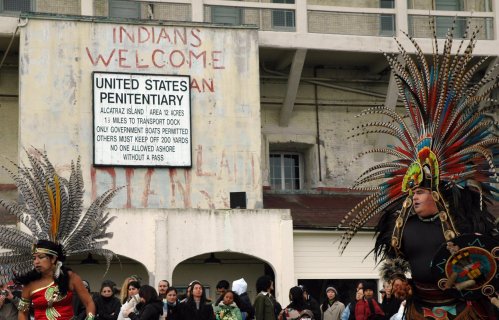 I’m not denigrating anyone who celebrates Thanksgiving. I get that it’s mostly a time for families to get together and I truly hope you all enjoy that aspect of it if you’re celebrating. It’s just not for me.

So because of that, I’m going to go in a different direction for this week’s Top Ten Tuesday. Hosted by That Artsy Reader Girl, this week’s topic is a Thankful Freebie. Instead, I’m going to highlight some books written by indigenous Americans that I think should be on everyone’s “Read” shelf. Let’s de-colonize our shelves!

Literally Anything by Sherman Alexie 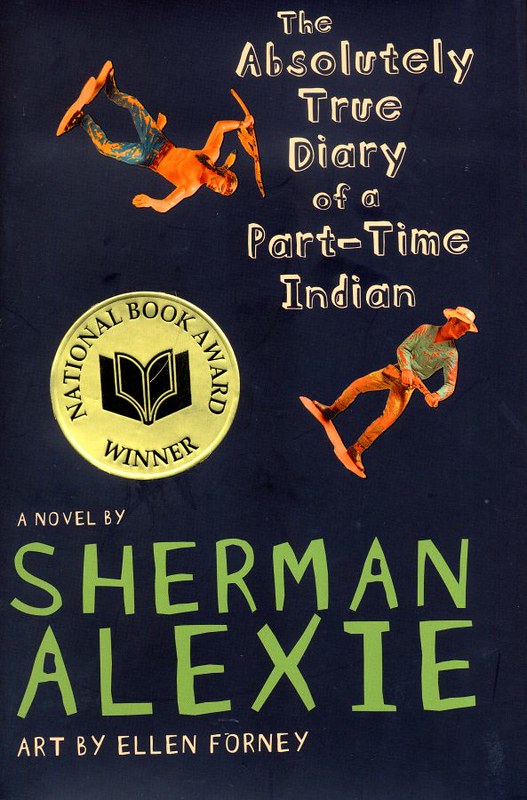 Sherman Alexie, a Spokane-Coeur d’Alene writer, is one of my favorite authors. He has something for everyone as he has written novels for adults and younger readers, poetry, a memoir, and a children’s book. His talent is undeniable and several of his books feature on my “Favorites” shelf, including the one pictured above. 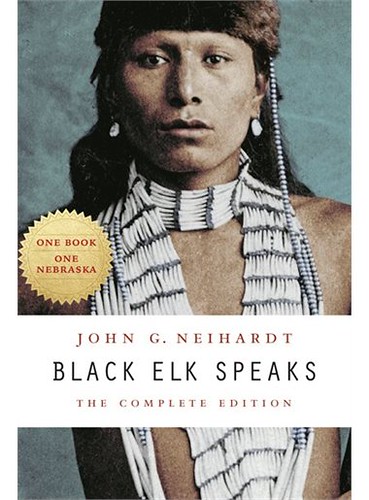 Translated by Black Elk’s son and John G. Neihardt, Black Elk Speaks is the story of a Lakota healer during some of the most tragic periods of Sioux history. Taken down in Black Elk’s later years when he was living on the Pine Ridge reservation, his words still resonate nearly a century later. 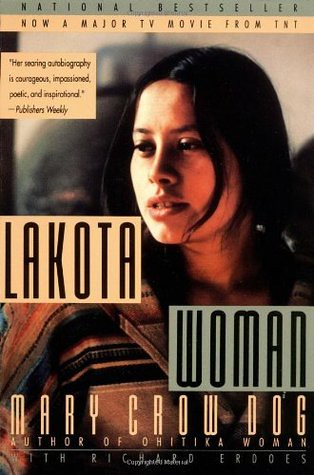 Lakota Woman is a memoir written by an activist who was present at several major events within the American Indian Movement. Her experience during the 1973 Indian Occupation at Wounded Knee still haunts me to this day. 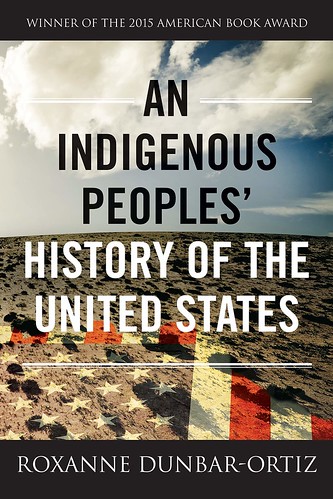 A stark and honest exploration of the common myths taught about American history. The United States was built on the ashes of those who were already on the land and it’s about time the brutality of western expansion was brought to the forefront when we talk about the founding of this country.

Prison Writings: My Life is My Sun Dance by Leonard Peltier 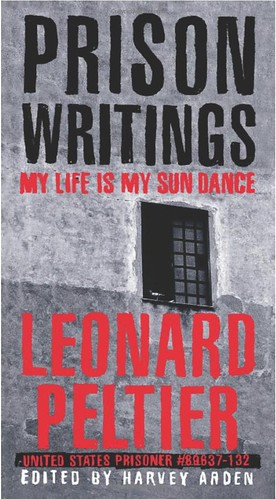 If you don’t know who Leonard Peltier is, you should. Seriously, go read up about him now. People have been fighting for his release for decades, but with President Barack Obama declining to pardon him it is unlikely that Peltier will ever be released. It is heartbreaking and just shows that the oppression of native people in America is long enduring. 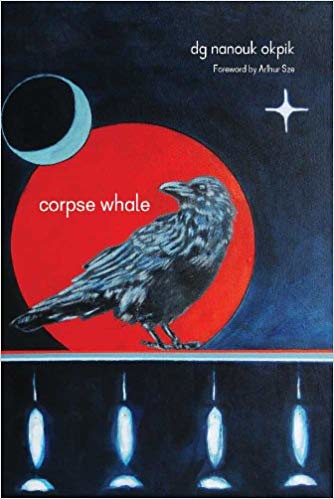 A collection of poems by an Alaskan Inuit author who has an incredible command of the written word. Weaving together traditional and modern poetry with a blend of Inuit and English words, Okpik’s collection will transport you to a lyrical and wondrous place.

There There by Tommy Orange 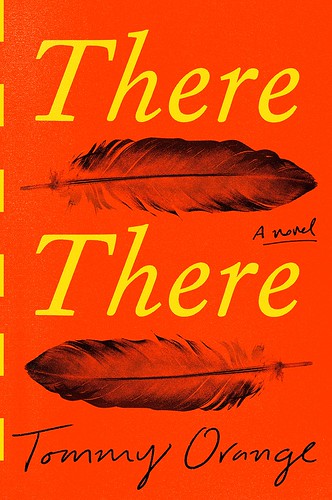 An astonishing debut by an Cheyenne and Arapaho writer based near where I grew up in the San Francisco Bay Area. Much of what he wrote struck a familiar chord for me, especially the mixed-race character rejected by both worlds, but even if it hadn’t been personal for me it was still an incredible novel. All the hype it got last year when it was released was well deserved.

Bad Indians: A Tribal Memoir by Deborah A. Miranda 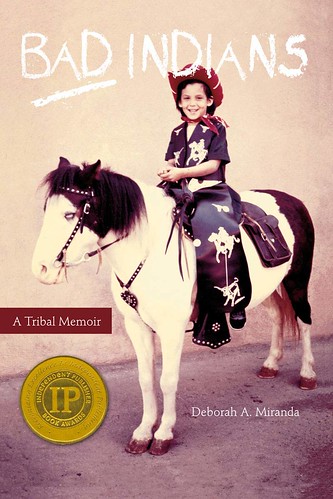 Bad Indians: A Tribal Memoir is a mixed-genre book exploring the history of the California Mission Indians and a memoir of the writer’s own life. Using evidence like oral histories, newspaper clippings, and her personal experiences, this is a novel spanning several generations of California Indians.

Growing up nearby several of the Spanish missions, many of my school field trips took us there. Of course, we were given the story that the Spanish missionaries built the missions to convert the “savages” and everyone lived in wonderful Christian harmony. My mother had none of that and would always make a point to chaperone these trips. She would then find time to take my group aside and buy us ice cream while she told us the truth behind these revered institutions. 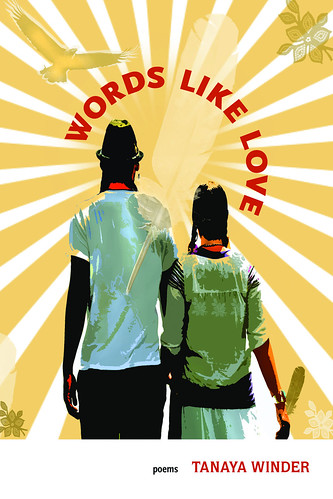 Another remarkable collection of poetry. Written by a Stanford educated Duckwater Shoshone writer, Words Like Love contains poems about the different types of love (familial, cultural, and romantic) as well as some heart wrenching critiques of colonialism.

Trail of Lightning by Rebecca Roanhorse 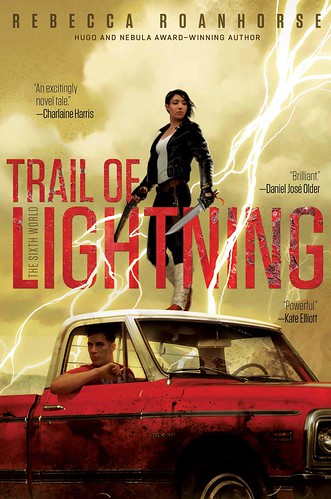 Nominated for a Hugo Award for Best Novel, Trail of Lightning is a powerful start to what is sure to be a cracking good series. Read my review here! 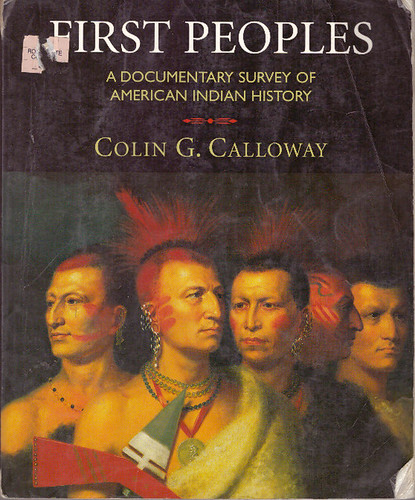 This is one of the standards for anyone studying Native American history in university. If you’re keen to learn more, I highly recommend this textbook. It reads very well, is insanely informative, and is one of the few textbooks I held onto from my undergrad studies.

Honestly, only picking ten books for this week’s TTT was difficult. This list could easily be much longer, but these are the ones that came to mind first. Have you read any of them? Any you should think should be added? Let me know in the comments!