This week’s Top Ten Tuesday, hosted by That Artsy Reader Girl, was a little difficult for me because I don’t follow that many authors on Twitter. I mostly follow fellow bloggers and reviewers, but there are a few authors whose tweets I adore so much they managed to make the cut.

Unfortunately, one author that I would have loved to talk about today is still on my Bad Place list, but hopefully I’ll get over it soon because his tweets used to be a pleasure to read. In the meantime, here are some authors you definitely should already be following! 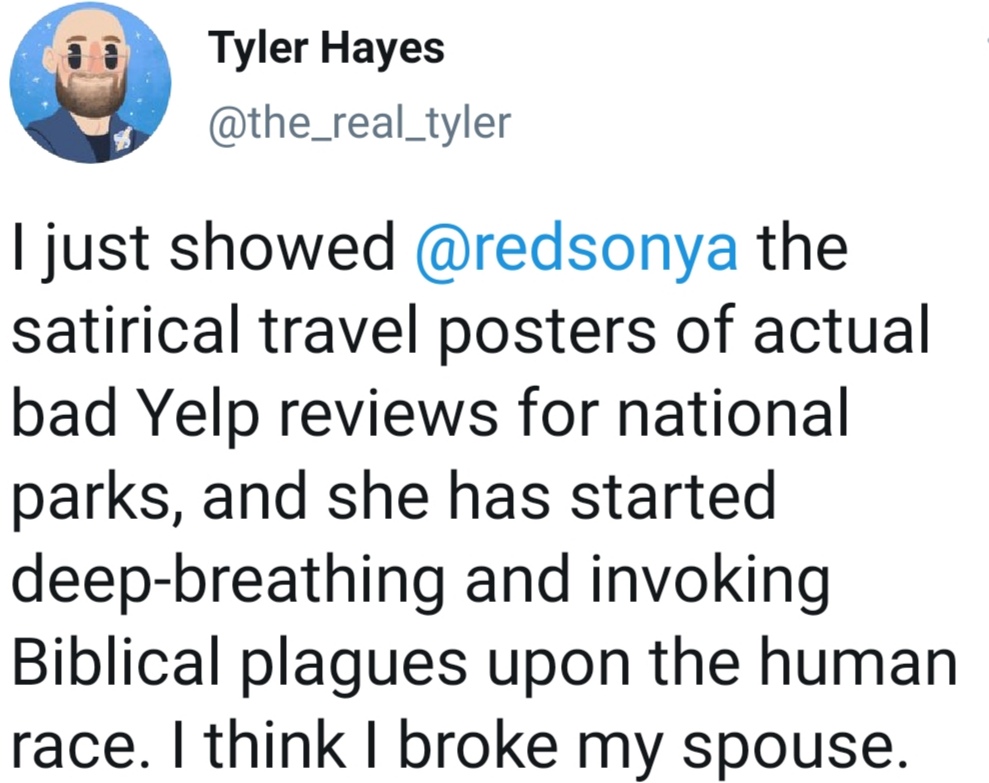 Tyler Hayes’ Twitter account is so wholesome I can barely stand it. He promotes and lifts up other authors, updates us on his mental health and self-care, and is an all around a great human. I can see why Tippy likes him. 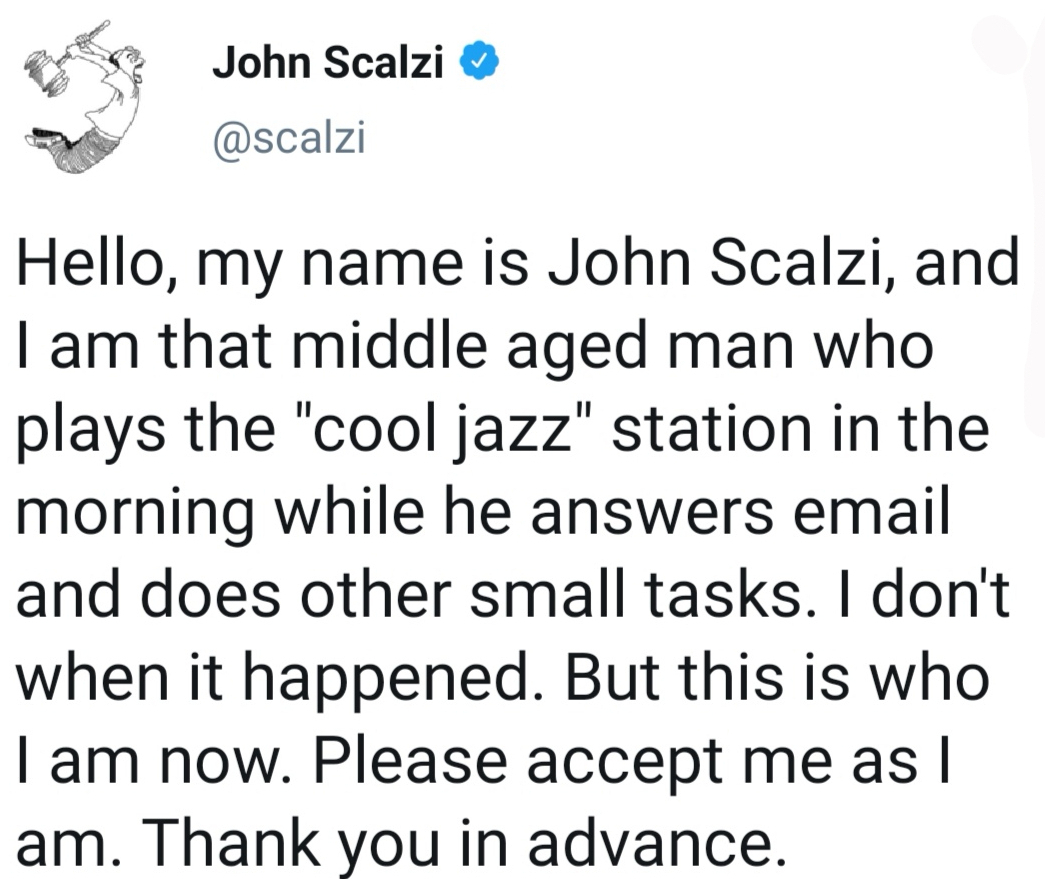 John Scalzi is hilarious and is an author whose blog I follow here on WordPress. You should follow him too! 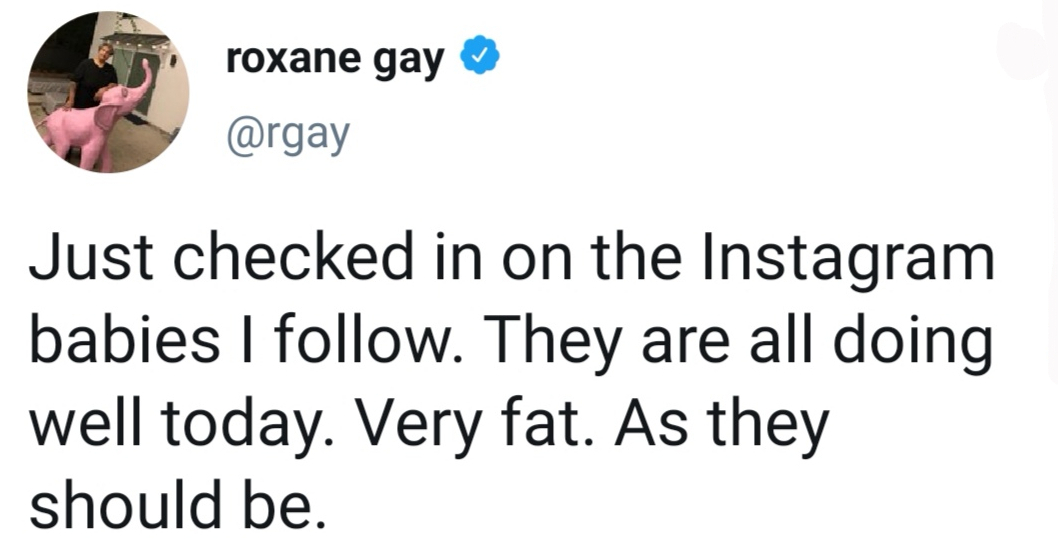 Roxane Gay is a national treasure and should be revered and protected by us all. Her books are astounding, but so is the person behind them. She’s one of the few authors I follow on Goodreads because her account isn’t there as a writer but as a reader. Because of this, her reviews are ones that I read quite often to help me decide what to read next. Her Twitter account is more about herself and current events, but it’s no less swell to follow. 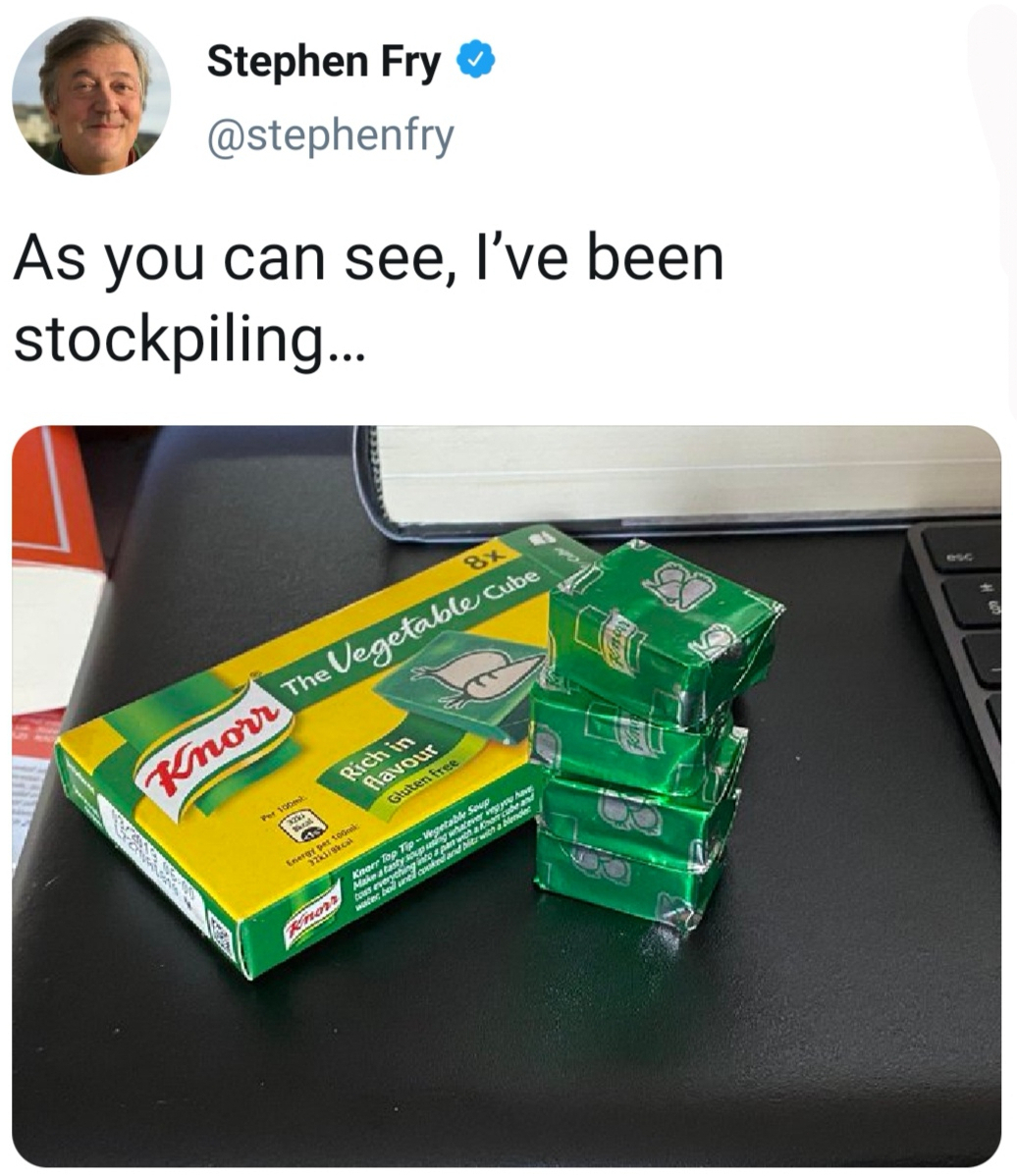 Many comedians write memoirs these days, often more than one, but I didn’t want to include them on this list because their books aren’t necessarily what they’re known for. Stephen Fry was obviously famous for other things before he became an established writer, but since then he’s written several fiction and non-fiction books, all of which are a joy to read. So for the purposes of this TTT he totally counts. 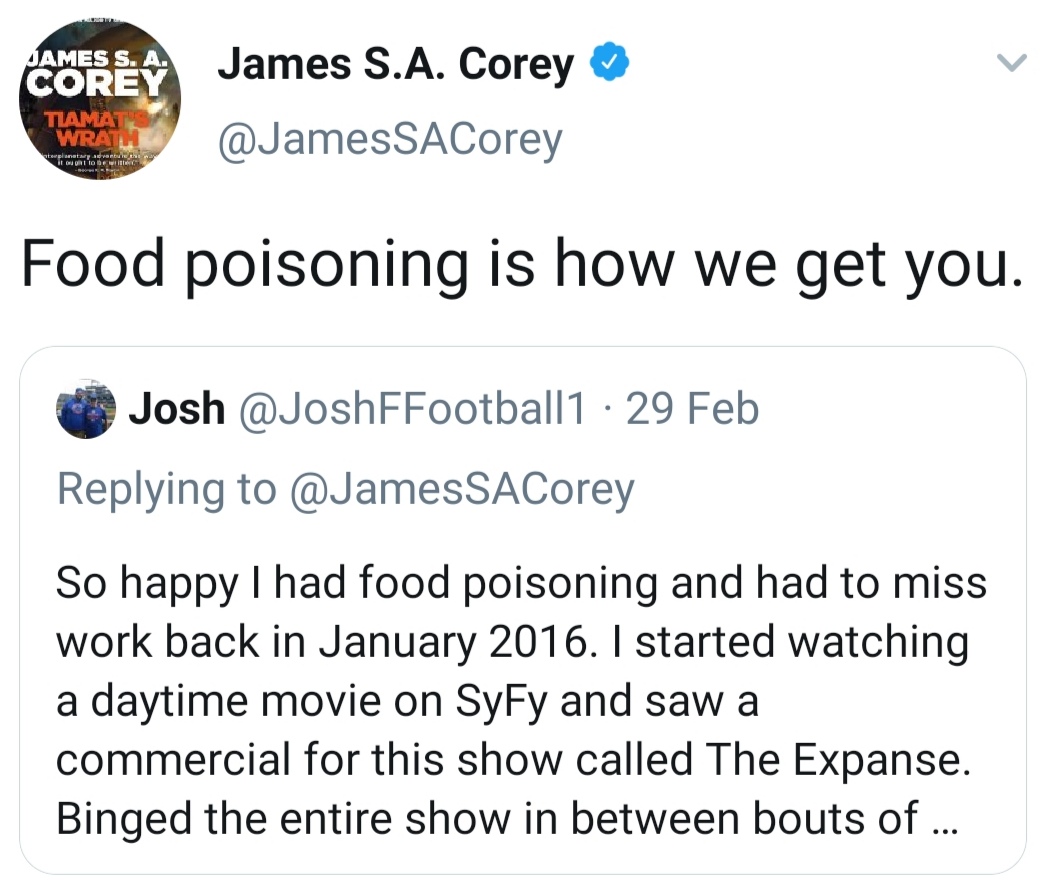 The duo behind the most amazing book series ever written has an entertaining Twitter account I love to follow. Because I’m literally obsessed with anything to do with The Expanse, I like seeing their posts about the show and books.

That’s not all they talk about, though. They discuss other authors and books, conventions, and they also respond to haters in the most sarcastic and amusing ways possible. It’s fun. I like fun. 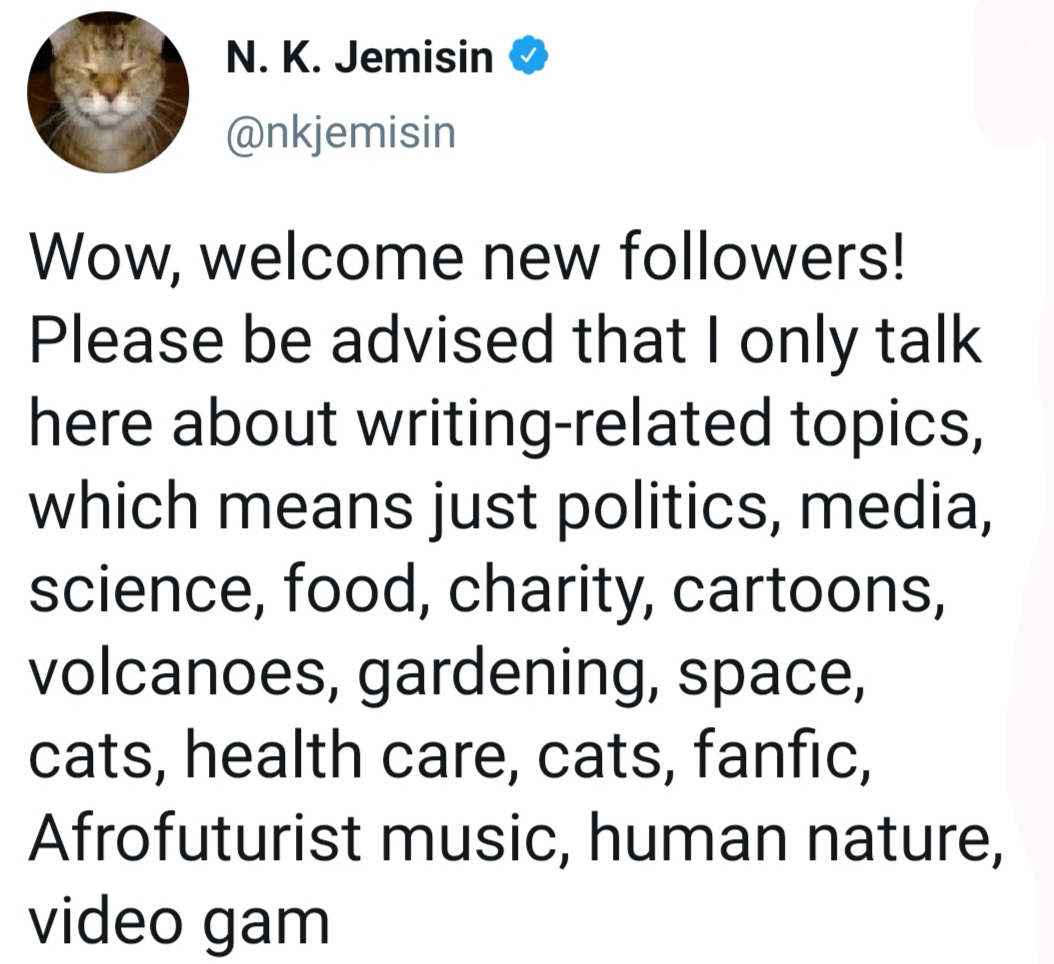 The Broken Earth trilogy is so imaginative and genius so of course the author’s social media presence is similar. She discusses numerous topics and has a wonderfully dry sense of humor, but what I most enjoy about her social media is that she’s pointed me in the direction of many authors and books I wouldn’t have known about otherwise. 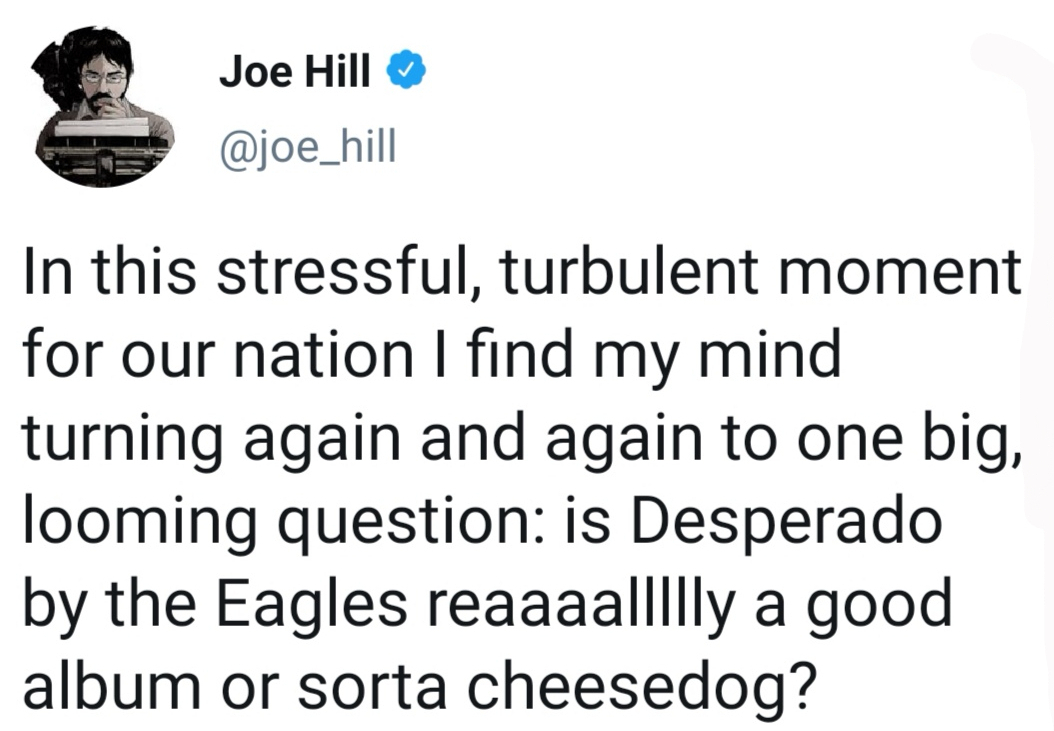 Joe Hill is extremely funny. Much of what he posts tends to be more political in nature, but nearly everything he writes is utter gold whether it’s a book, short story, or a tweet. 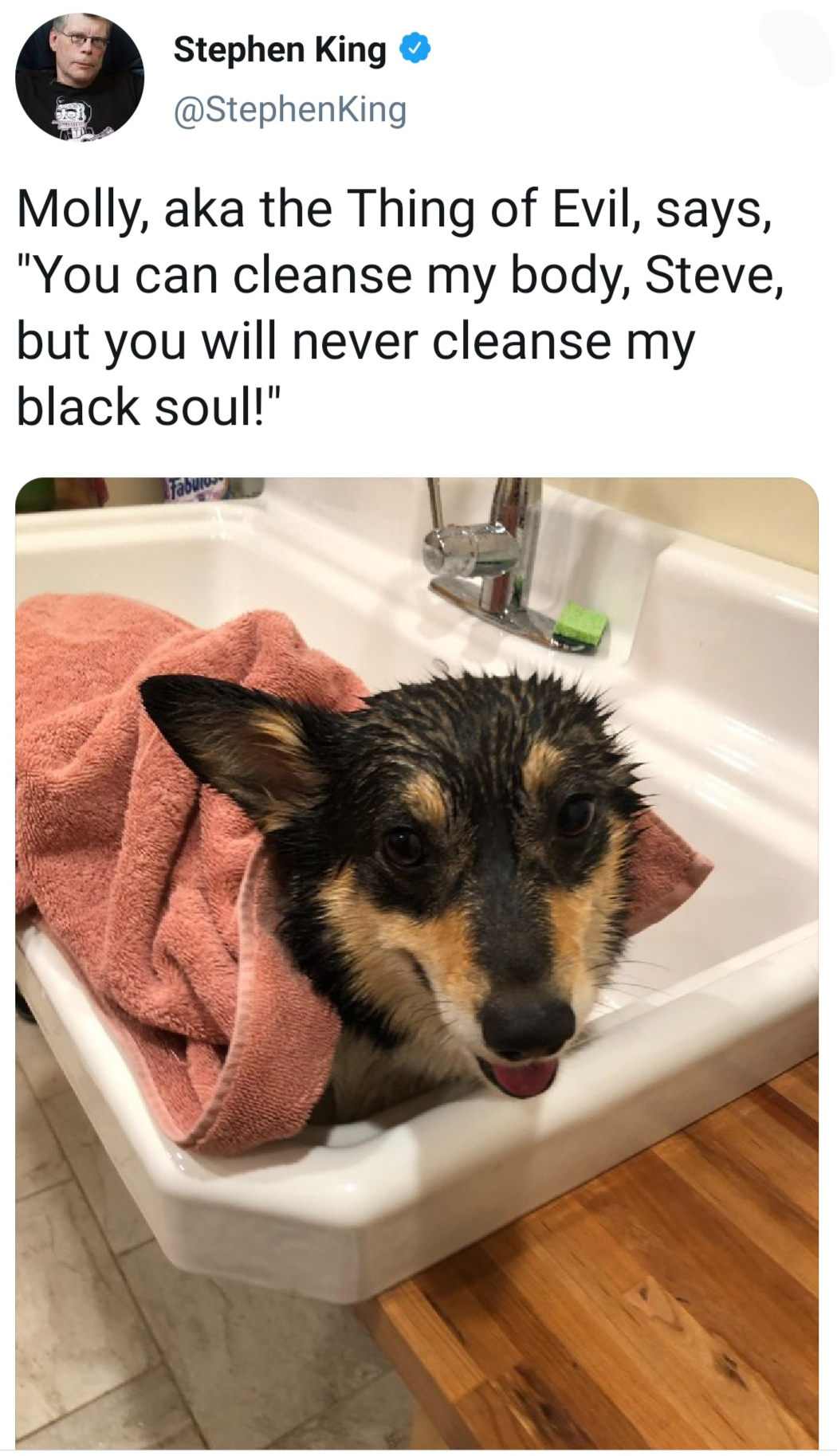 Stephen King regularly posts humorous tidbits, but my absolutely favorite thing he does is dogpost about his “evil” Corgi Molly. If that is what evil looks like then I’m ready to cross over to the Dark Side.

Kameron Hurley (The Stars are Legion, The Light Brigade) 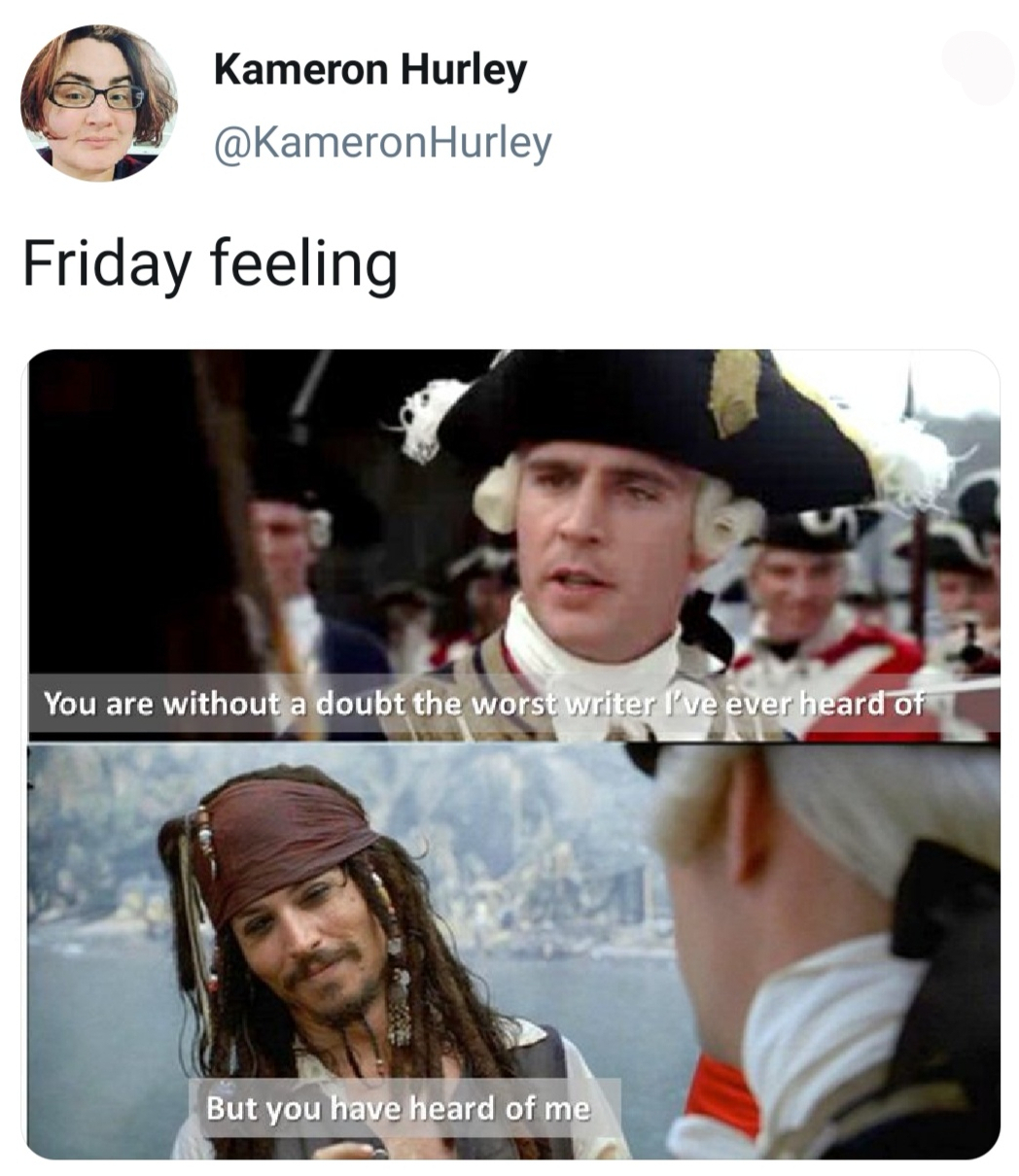 I will never not tell you that The Light Brigade is one of the most impressive science fiction novels I’ve ever read. It definitely made me want to learn more about the mind who wrote it.

Hurley is really honest on her Twitter account, shedding light on the more stressful realities of what it’s like to be an author today. She also has great insights and recommendations and is really dang funny, too. 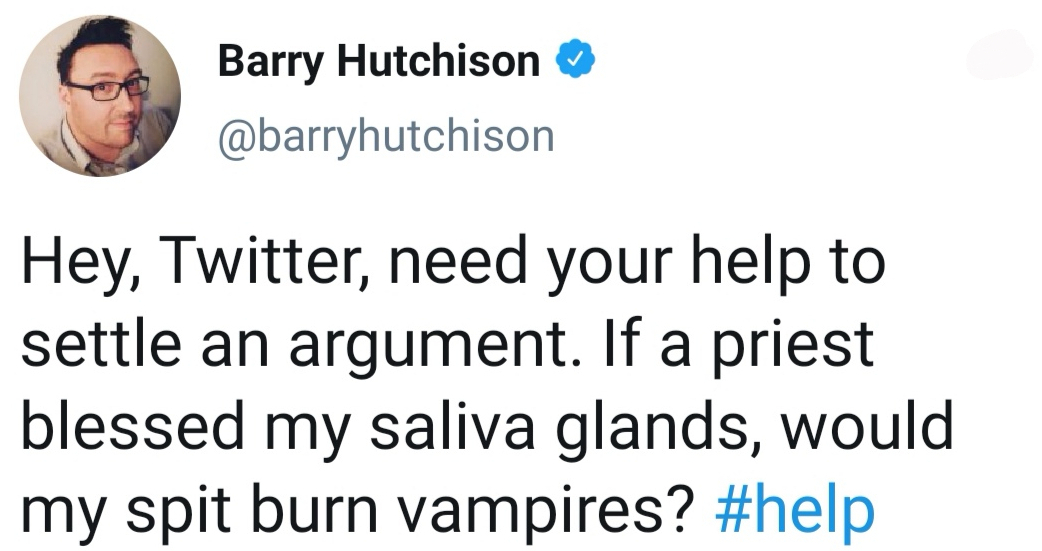 I came across Space Team randomly when I had a free trial of Kindle Unlimited and Oh.My.God. I was actually laughing out loud while reading it, much to the annoyance of everyone else around me when I was poolside in California.

I follow Barry more on Facebook, but his entire social media presence is just as enjoyable as the books he writes. If you need a laugh but also like space, you definitely need to read his space series full of space hijinks.

Do you follow any of these authors? Which ones did I miss? Let me know in the comments!

20 thoughts on “Top Ten Tuesday: Authors Who Have a Fun Social Media Presence”